Home » Foodie Trips » Shokunin: Is It Worth A Visit?

Shokunin: Is It Worth A Visit?

Shokunin – the new kid in town – has been generating a lot of hype lately on social media. Owned by Chef Darren MacLean of Downtownfood, the Japanese izakaya-style restaurant draws on the flavours of Japan and focuses on charred yakitori, small plates and crafted cocktails to be shared among friends. Will Shokunin replicate the success of Downtownfood and become the next rising star in Calgary? Let’s read on. 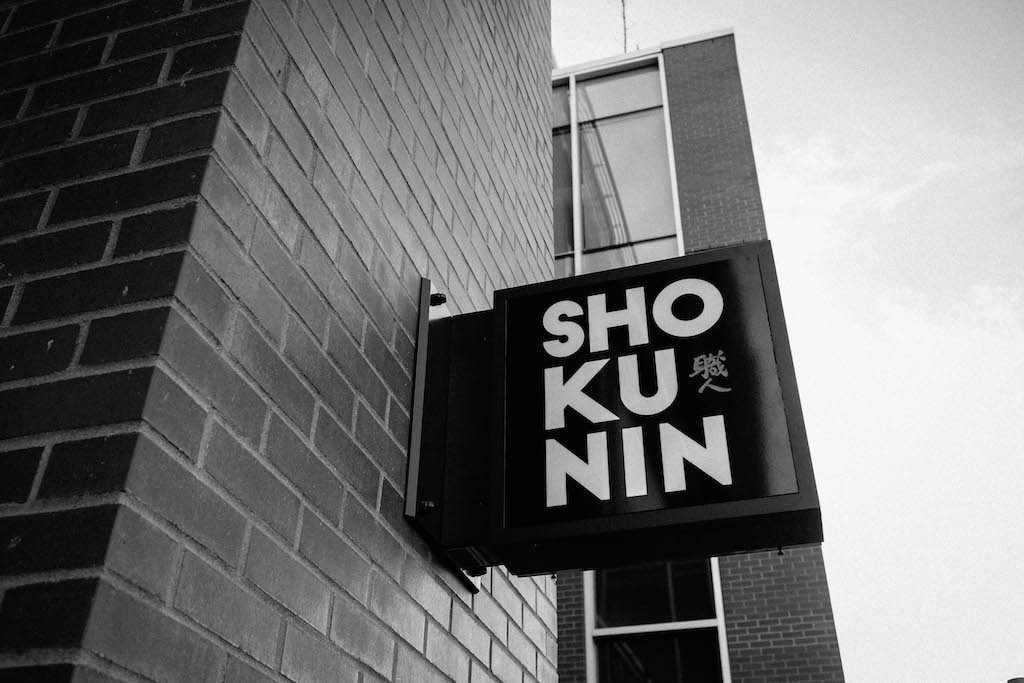 It is a bold move to name the restaurant ‘shokunin’ which translates into ‘master craftsman’ in English. It shows the high quality service and technical skills it boasts its chefs could deliver. Although the high prices deterred me from visiting at first, all the media attention it has gathered got me curious of the gastronomic delights it has to offer. That eventually urged me, along with my foodie girlfriends Jenny, Kim and Lisa to visit this addition to Calgary’s food scene. 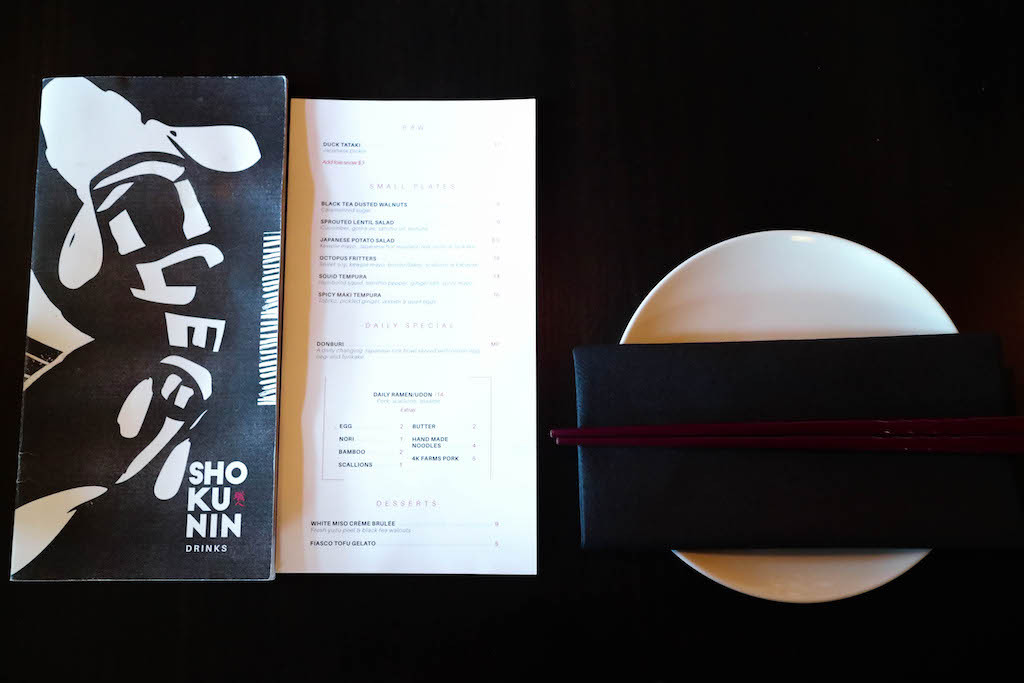 Shokunin is a modern, casual establishment that adopts sleek, sophisticated interior design. The 50-seat restaurant is compact, housing both an open kitchen and a bar. In the small intimate low-light setting, guests can choose to sit by the bar facing towards the kitchen, at the communal table, or at one of the private, individual black tables. 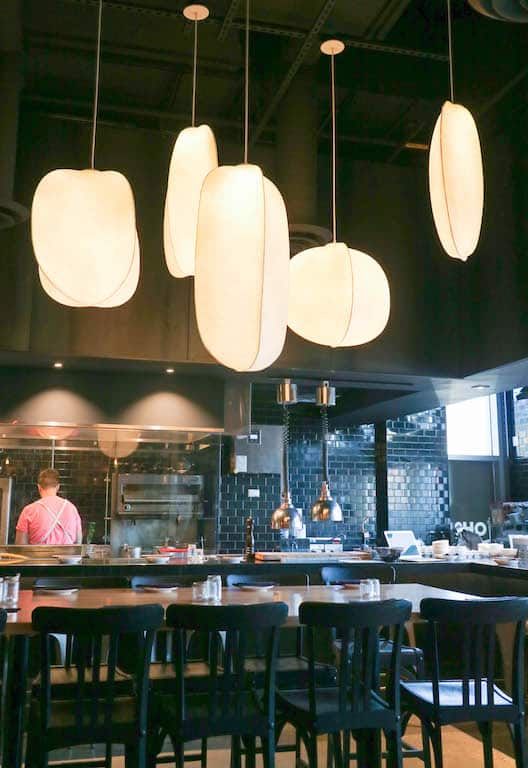 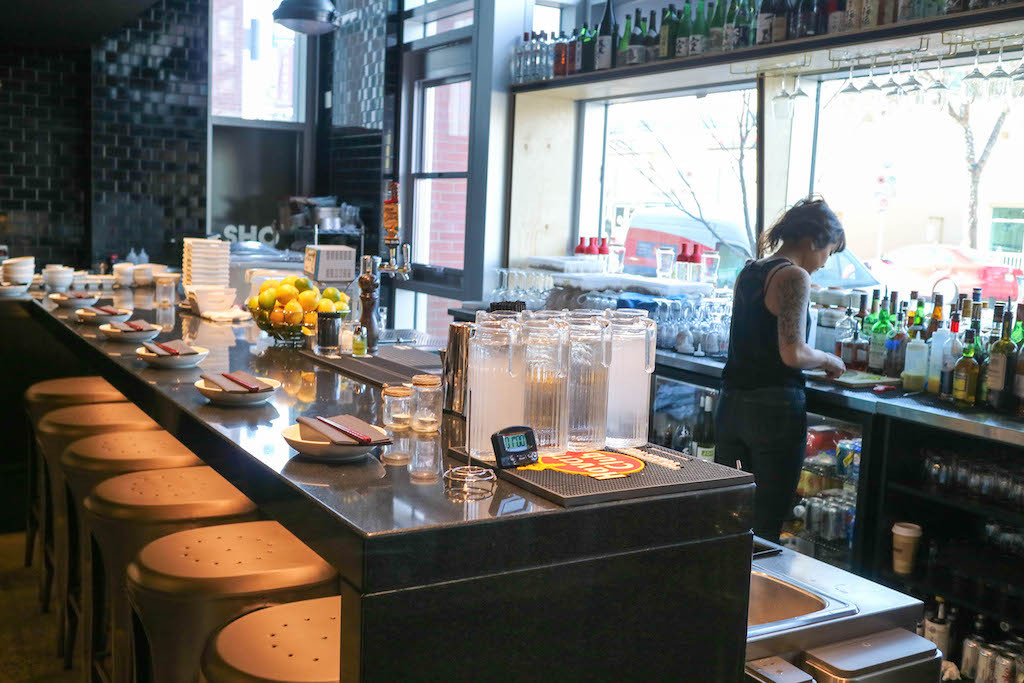 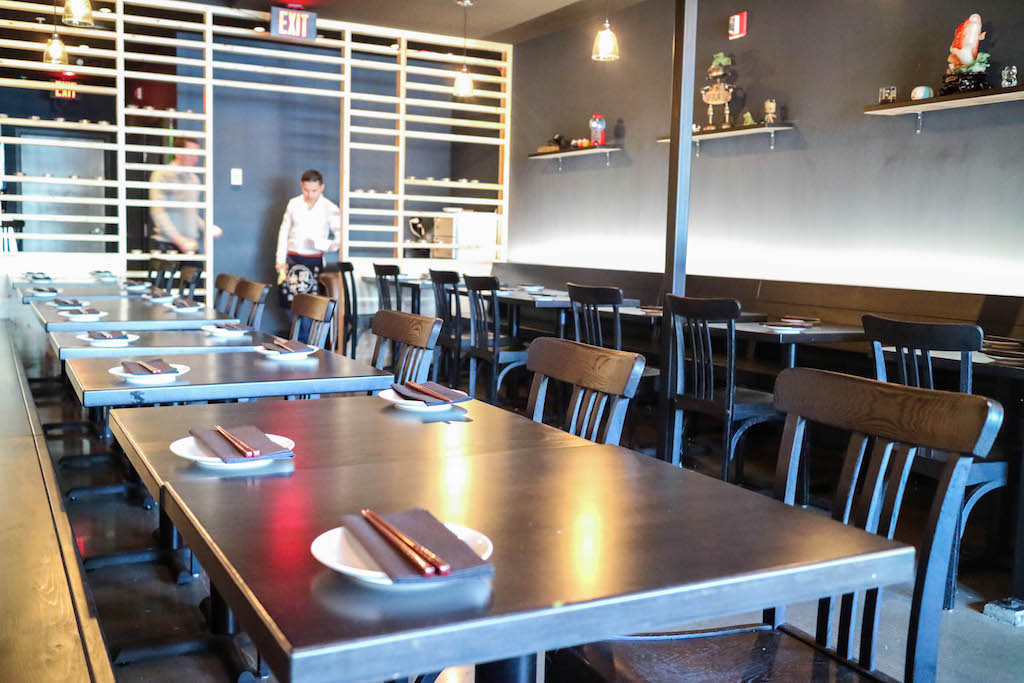 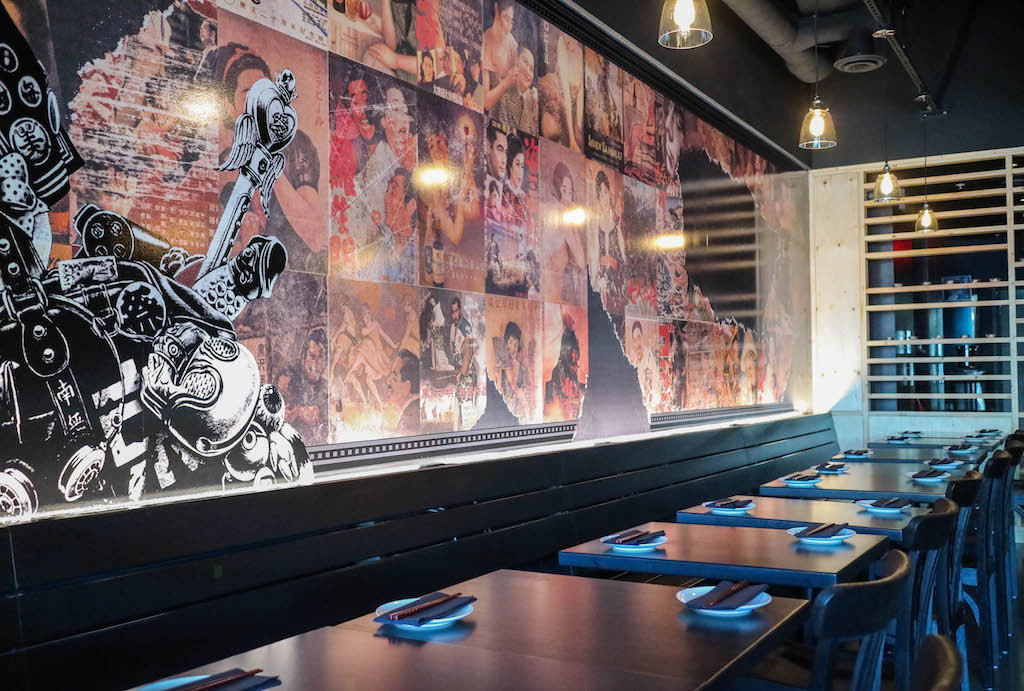 Following the rules of Japanese dining etiquette, as soon as we were ushered to our table, a hot, wet towel was offered to each of us for cleaning the hands before proceeding to our meal (a practice called ‘oshibori’). The izakaya boasts a variety of alluring modern tapas made for sharing; however, for a full izakaya experience, lunch hour might not be the greatest time to hit up the place, as it only features a few items on the menu. Grilled skewers and omakase are available only at dinner time, but, good news to noodle lovers, ramen is opened for orders during lunch service! 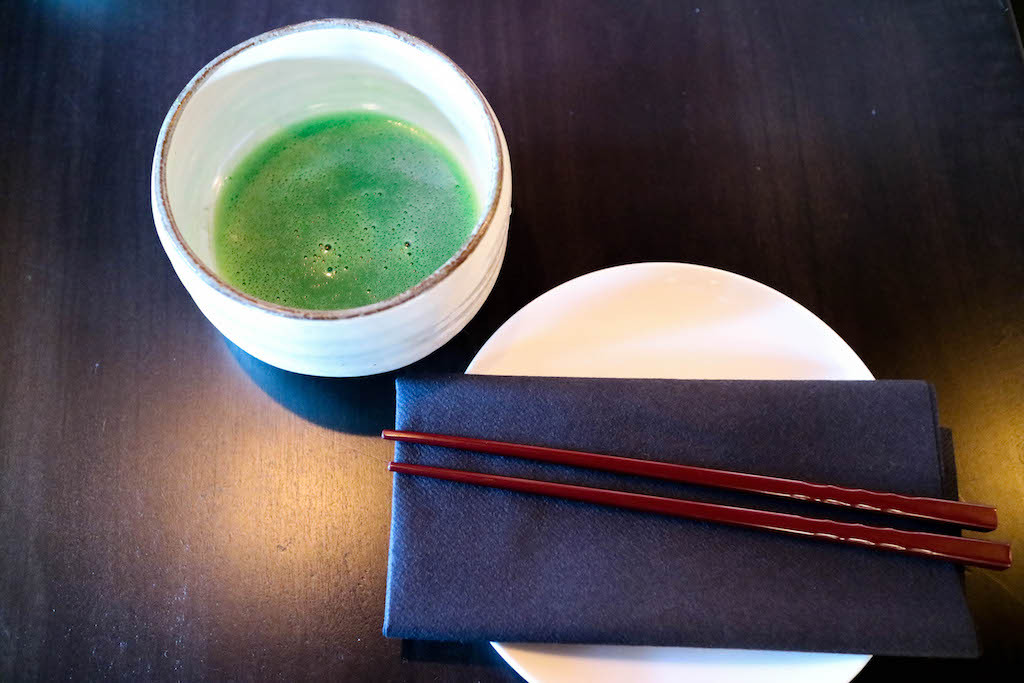 Before indulging ourselves in the meal, I ordered a cup of yame matcha ($6.5). The green tea from Fukuoka produced creamy mellow mouth-feel and elegant aromas with a slight bitterness and astringency. While the tea quality met satisfaction, the value did not. The sight of how scant the amount I received shocked me (the photo above shows how much tea was in my cup before I drank it). Half a cup was an exaggeration, it was more like 2 or 3 sips.

The 4 of us ordered a few small plates to share among us. Sprouted lentil salad ($9) is a light, refreshing dish, mixing together cucumber, goma-ae (greens with sesame dressing), sansho oil (from Japanese prickly ash) and mizuna (Japanese mustard). The sweet-salty, nutty sesame dressing complimented the rich earthiness of the sprouted lentils which has a wonderful firm, chewy texture. At the bottom, slices of cucumber soaked up the sansho oil which gave a miso-like flavor while, at the same time, retaining its crunchiness. 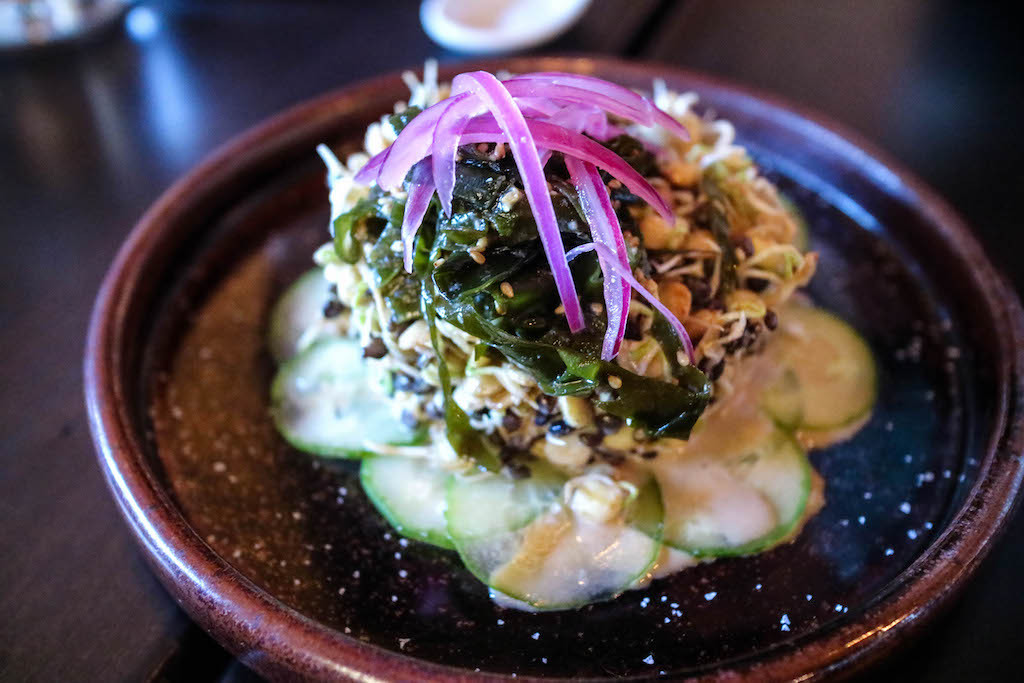 The octopus fritters ($16) is Shokunin’s modern take on takoyaki – an Osaka specialty and popular Japanese street snack. Inside the crispy shell was bits of boiled octopus chunks, garnished with sweet soy sauce, mayo, bonito flakes, scallion and kabayaki (thick and sweetened sauce). While the portion appeared to be big, in reality, the fritters had a bit too much dough to them with a sprinkling of octopus. The batter to tako ratio was upsetting. 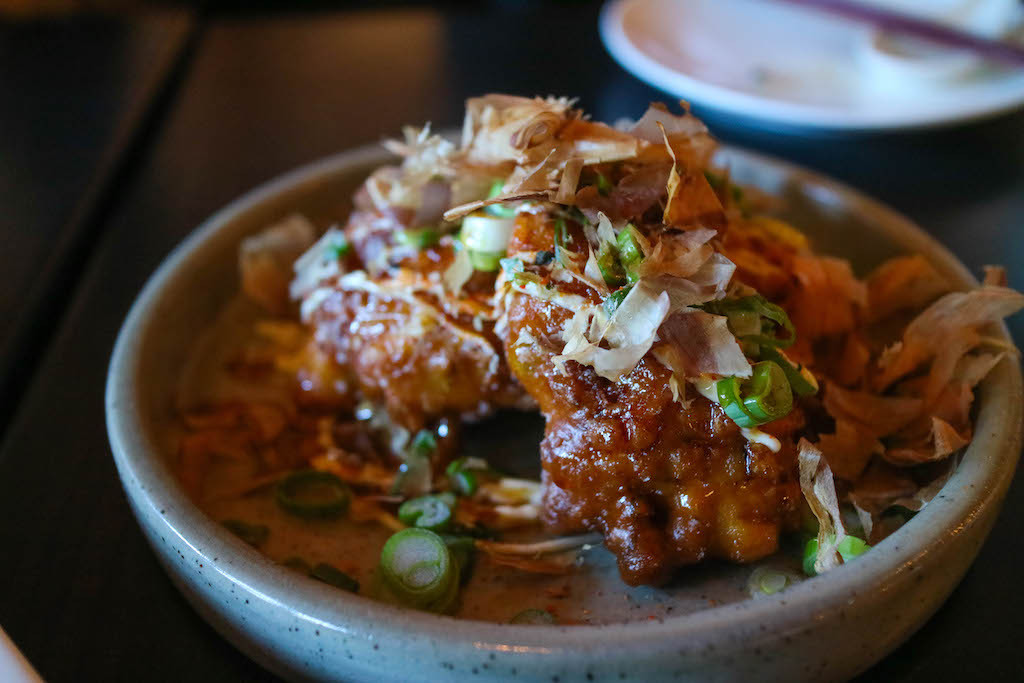 Cut into 6 bite-size pieces and topped with black and green tobiko, the spicy maki tempura ($16) was a visually appetizing creation. A burning sensation hit my tongues as I bit through pickled ginger and wasabi in t he filling. Interestingly, the quail eggs yielded a delicate, soft texture similar to that of tuna. True to its name, the dish was spicy, but where was that ‘tempura‘ part of the equation? 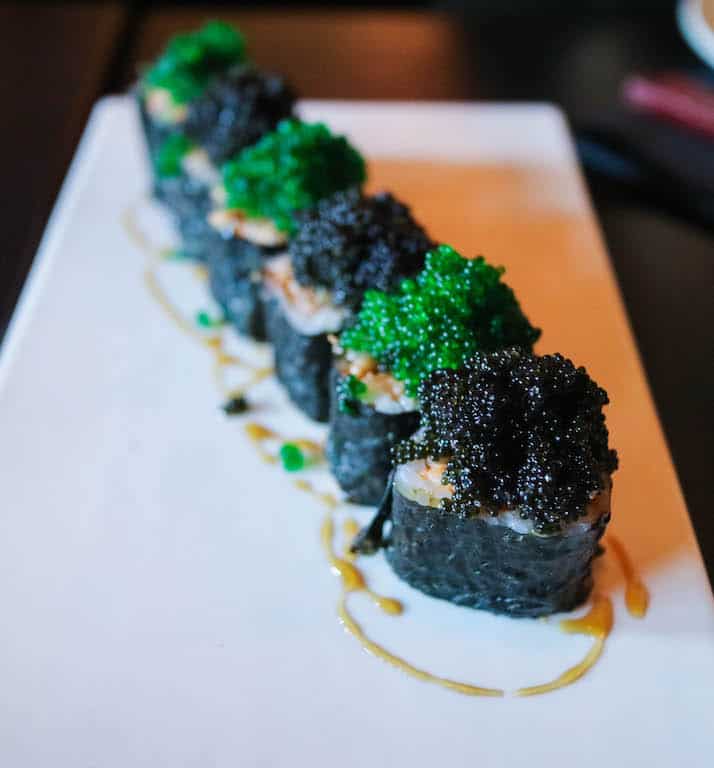 Shokunin’s daily lunch special features donburi and ramen. In the spirit of experimentation, we tried both!

A bowl of fine Japanese pork ramen calls for lush pork, toothsome noodles, and a heady broth. Shokunin’s ramen ($14) satisfied the first criteria with a slice of flavorful thick-cut braised pork belly. The shio (salt-based) broth was savory and not overly salty. However, the soft-boiled egg produced an inedible degree of saltiness. Not just the egg white, but also the yolk. Worst of all, once we spewed the salty egg yolk all over the soup, the base became indigestible. The last straw that led to our big disappointment was the soggy noodles that were either overcooked or left in the broth for far too long. 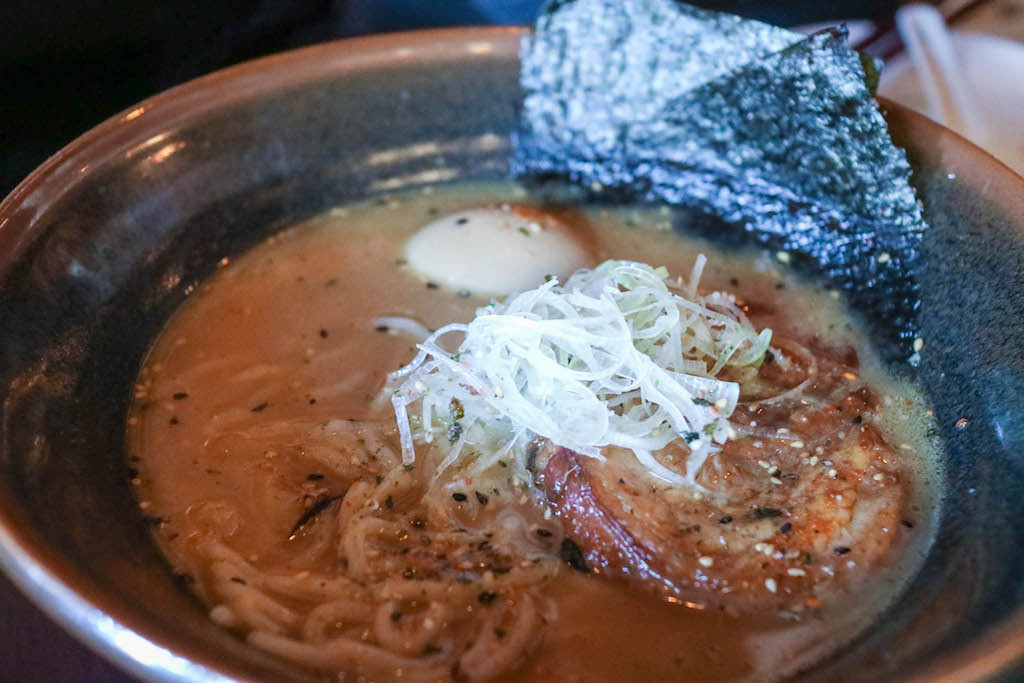 Topped with smooth silky onsen egg, the hearty donburi ($16) was a dish that calmed my soul. The furikake (dry rice seasoning) added delicious flavour to the sticky sushi rice. Drizzles of spicy sauce lent a kick of heat to the crispy fried chicken. The only thing I found weird was the fried avocado which didn’t go well with the rest of the ingredients. 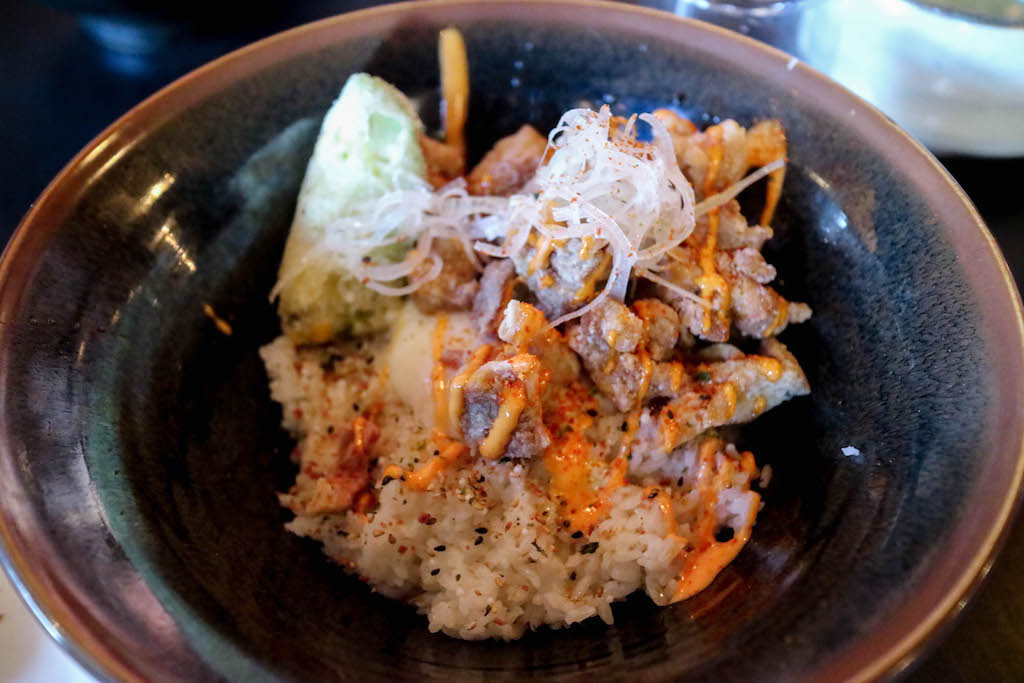 All things considered, I found Shokunin overpriced. I get it, it’s supposed to be “tapas”, “small” plates for sharing, but the mediocre food really didn’t make up for it. Modern twists on Japanese traditional fare didn’t translate into exceptional taste. Some elements were even poorly executed (for example, the ramen). It is no longer the question of creativity, but also the doubts I have about the chefs’ technical skills. Despite how unimpressed I was with the food, the service was on point with the courteous staff and constant checking from the manager about how we felt about the food. After all the hype, I was disappointed to have found that it did not live up to expectations.