There’s so much to do and see at the Stampede Park. It is just impossible to watch all the entertainments and tour around the whole park in one day. Luckily, the festival runs for 10 days. That leaves enough time for visitors to explore and enjoy the variety of events.

Most of the entertainments requires an extra cost (e.g., concerts, rides, games, rodeo), but you could still have fun at the activities and entertainments that are free of cost.

For example, each year, Calgary Stampede presents an adrenaline pumping entertainment, featuring extreme sport athletes performing stunts. Last year, Kev and I watched the extreme water show, with jet skiers showcasing their tricks and stunts. We even saw the athletes riding on a flyboard! Just like the iron man 😛 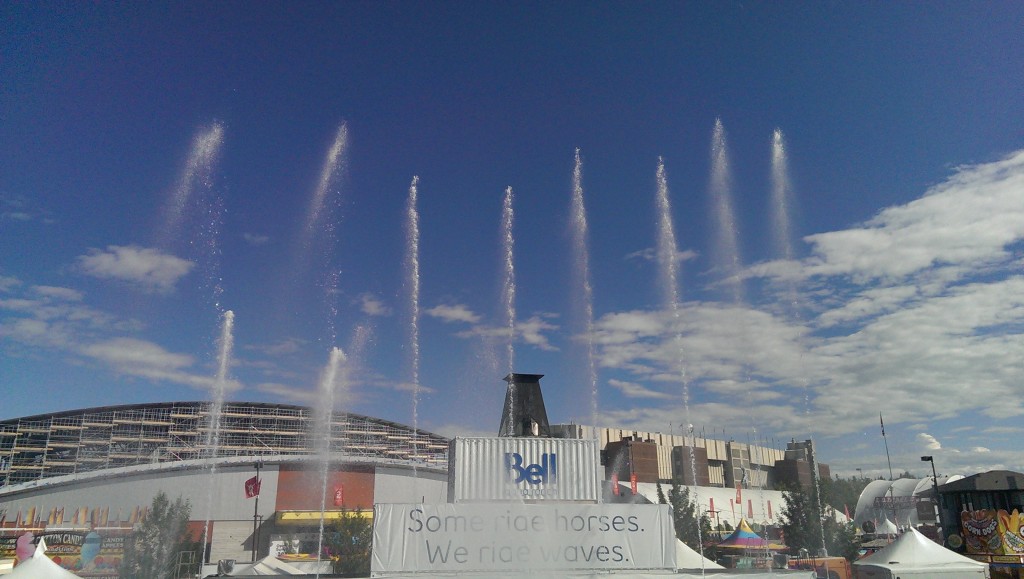 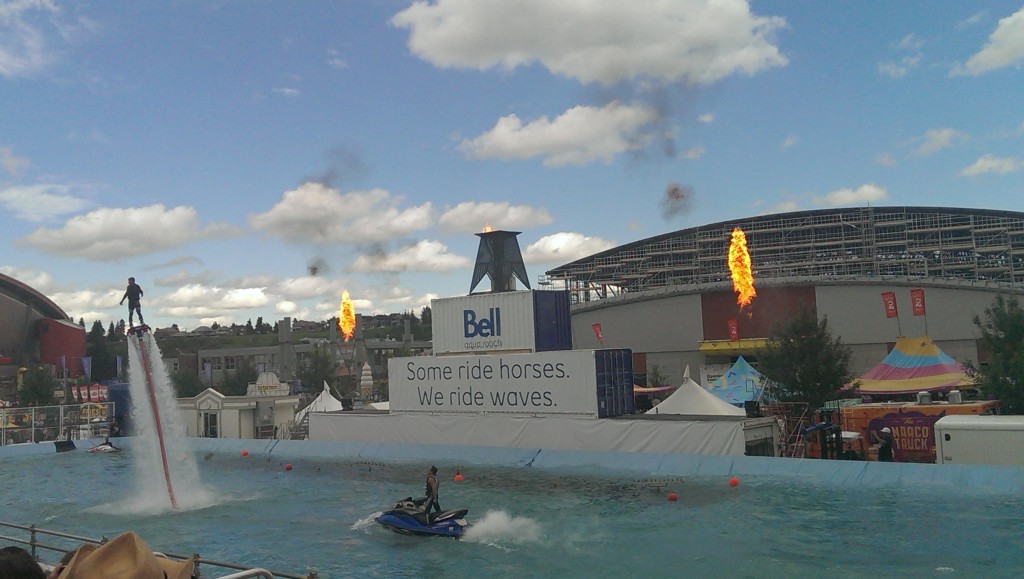 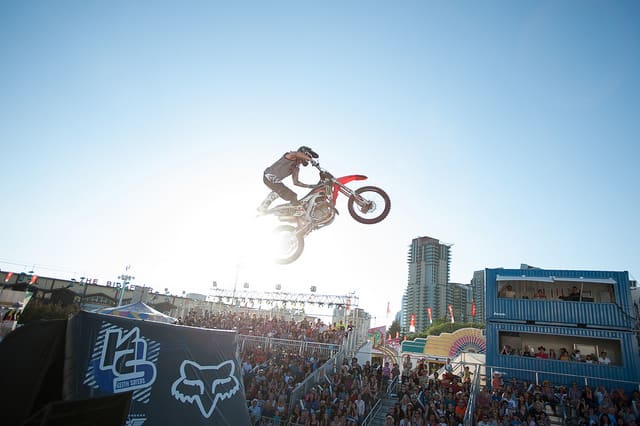 If you don’t want to get burned by the sun, there are also some indoor shows. Superdogs and Peking Acrobats were quite popular this year. 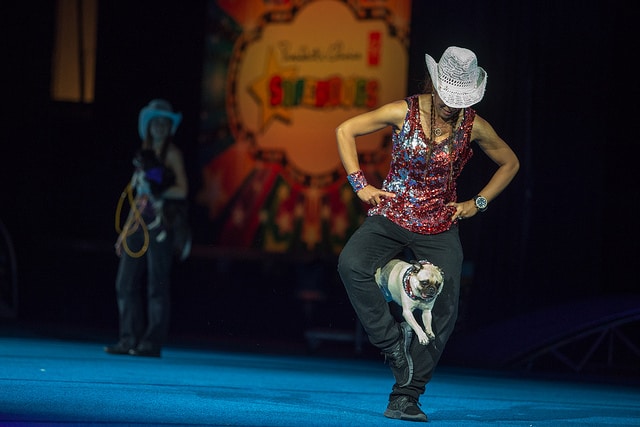 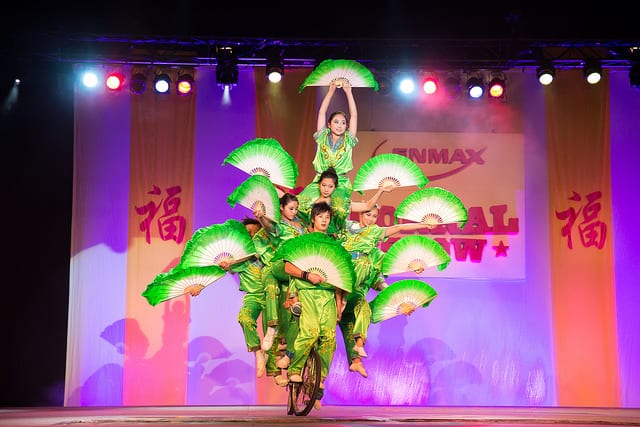 Each year, the entertainments are slightly different. Each entertainment has 3~4 different show times throughout the day. Plan ahead and go early to lineup for the show you would like to see. For certain show, you will need to pick up free show tickets from the box office tent prior to the showtime.

If you want to just relax and listen to some music, the Coca Cola stage is a good location. You can find some of the hottest artists perform on stage. Or be entertained by some interactive performances, such as Thomas & Friends sing-along and hypnosis show. 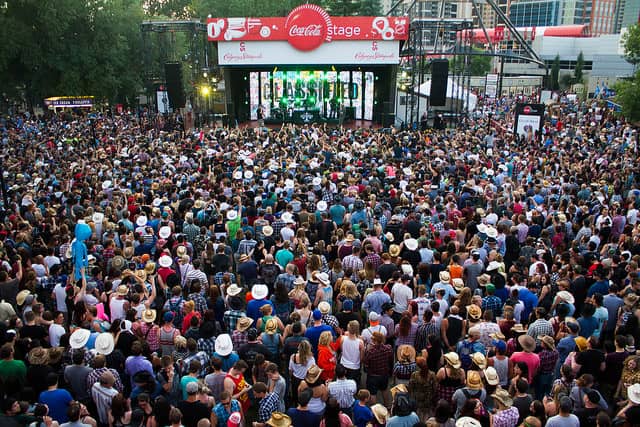 The Indian Village is a great getaway if you want to escape from the crowd. There, you can visit the tipis and learn about First Nation traditions. 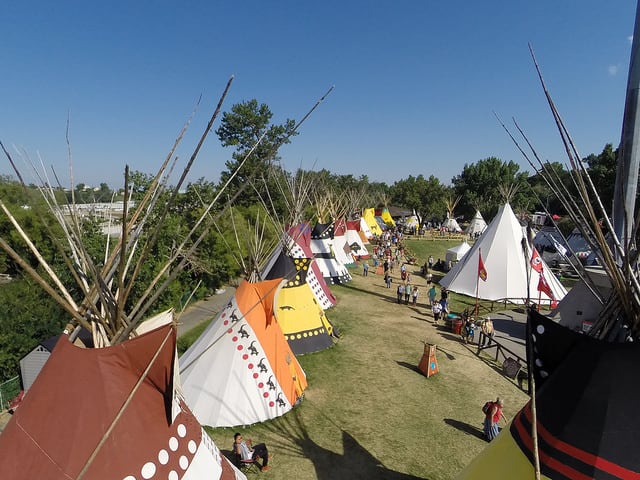 Agriculture is one of my favorite places. You can find many animals there and even have a chance to interact closely with them! Last year, I was fortunate enough to hug a new born baby lamb in my arms <3 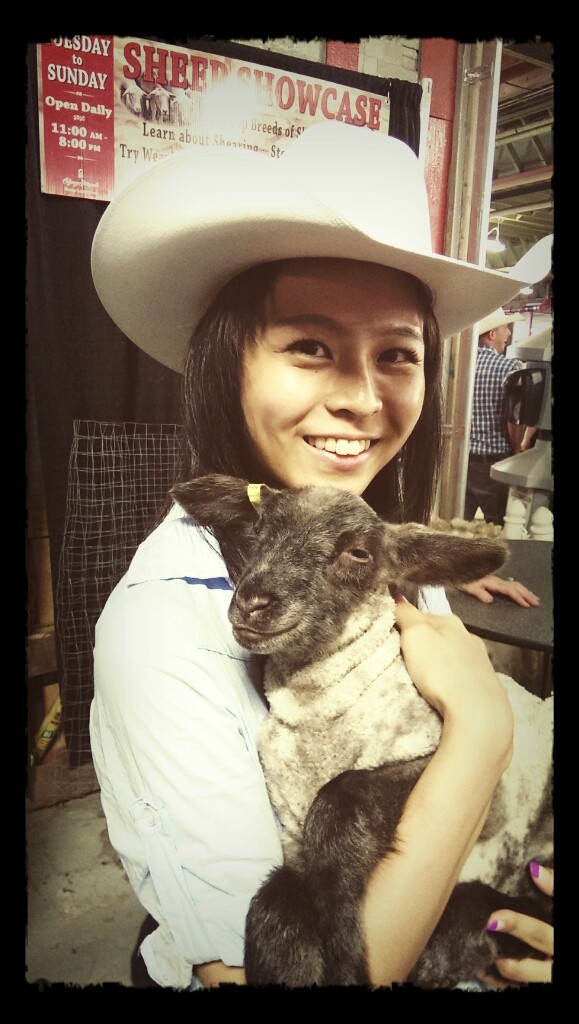 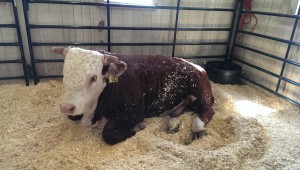 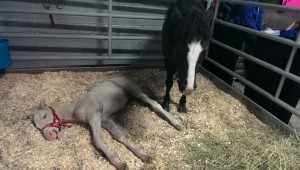 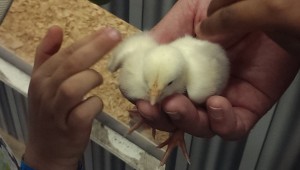 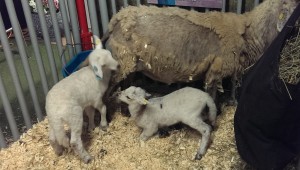 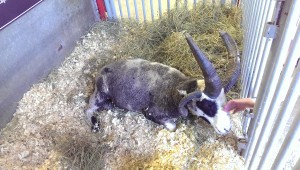 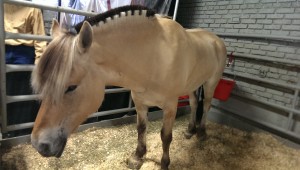 In the evening, you can consider buying a ticket to evening show. At 7:45 pm, the show begins with Rangeland Derby, the chuckwagon races. Each race involves 4 teams. Each team is made up of a driver who commands a team of 4 horses pulling the chuckwagon, supported by 4 outriders. The race starts with the outriders tossing the tent poles and a barrel into the back of the wagon (signaling “breaking camp”). Then, they mount their horses, follow the wagon as they race around 2 barrels in a figure eight pattern, and complete the race track.  The fastest team wins the race. 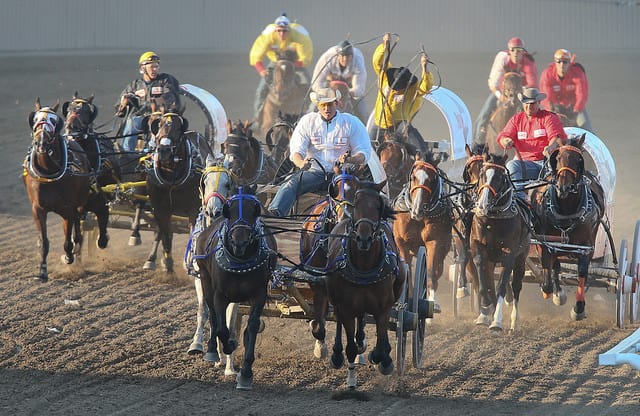 The races are followed by the TransAlta Grandstand Show. Be prepared to be amazed by a series of performances, including comedy, musical and dances and acrobats. At the end, the night concludes with an incredible firework show. 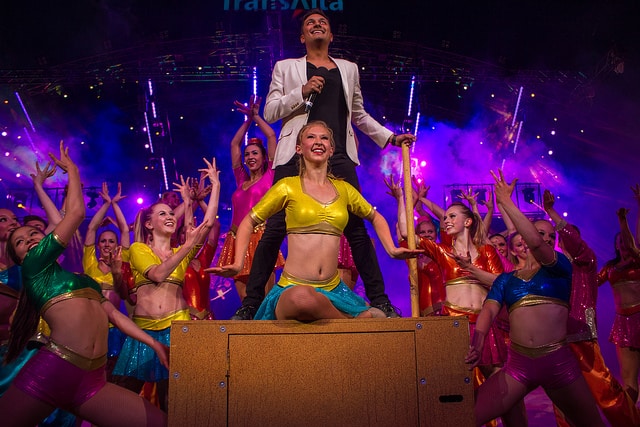 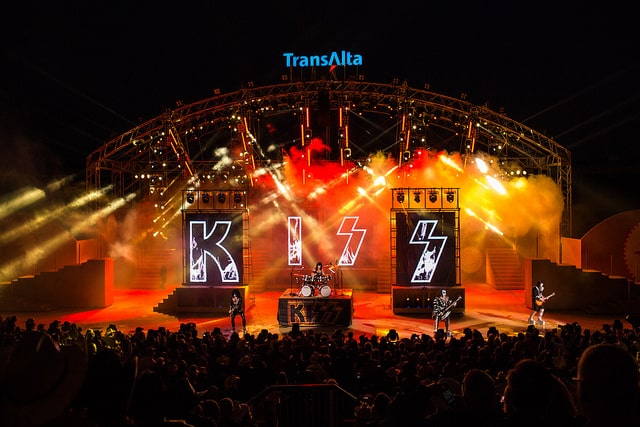 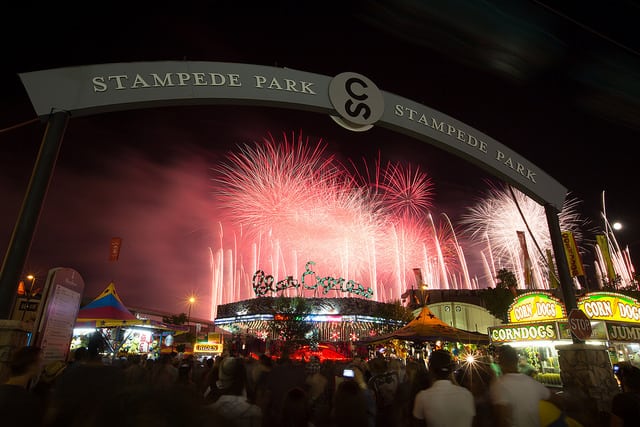 I couldn’t tell you how much fun it was at the Calgary Stampede. If you happen to come visit Calgary in the summer, don’t miss out on the Stampede. Come join us in celebrating the cowboy culture! 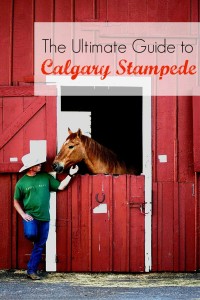 Travel Back To Olden Days: Discover How The West Was Once at Heritage Park