Dine Like A Royal – Afternoon Tea at Fairmont Palliser

Why hunt for the best afternoon tea when you can receive true royal treatment at Fairmont? In celebration of the Royal Family’s recent visit to Canada, Fairmont Hotels & Resorts collaborates with Chef Darren McGrady to launch the special Royal Champagne Afternoon Tea menu, featuring authentic, beloved recipes enjoyed by the royal family. Last week, I was honoured to join Fairmont Palliser for an exclusive preview of the royalty inspired menu. Sampling a delicious array of tempting treats in the historic splendour of the lounge, the afternoon tea left me feeling like a queen. Today, I am truly excited to share with you this once-in-a-lifetime experience that can’t be missed! 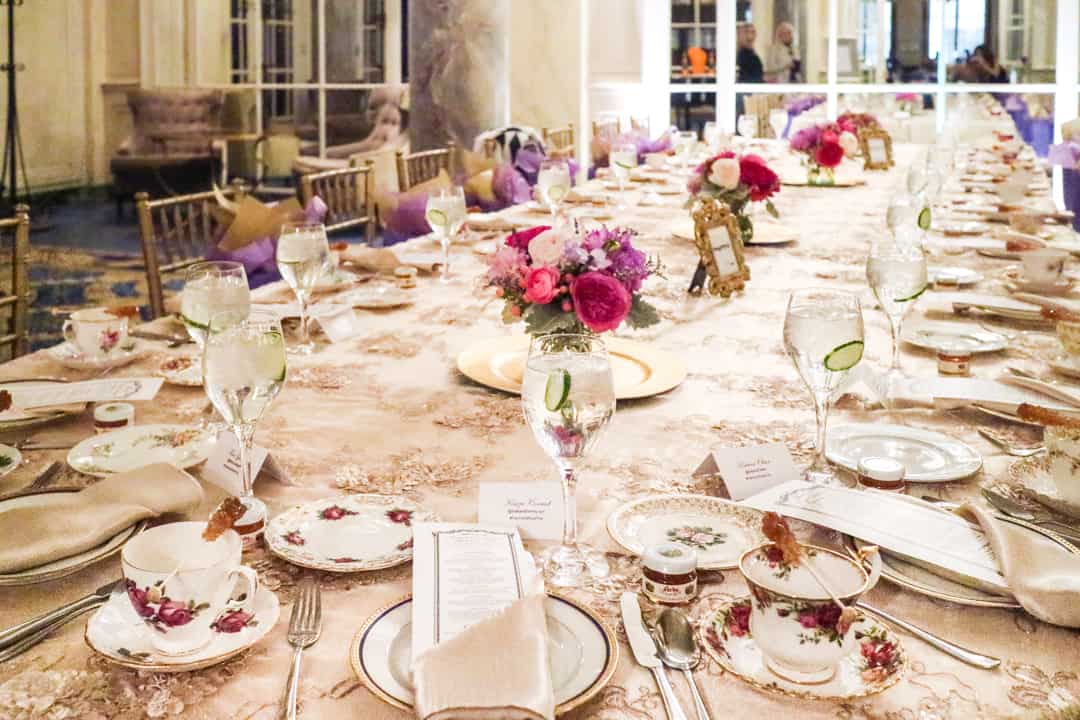 I know you’re eager to take a peek at the offerings, but before we dive in, I’d like to introduce you to a very important person who makes all this possible – Chef Darren McGrady. Serving Queen Elizabeth II, Princess Diana, and Princes’ William and Harry for 15 years, no one is more suitable than Chef McGrady to design a royal-themed menu inspired by the royal family’s classic favorites. 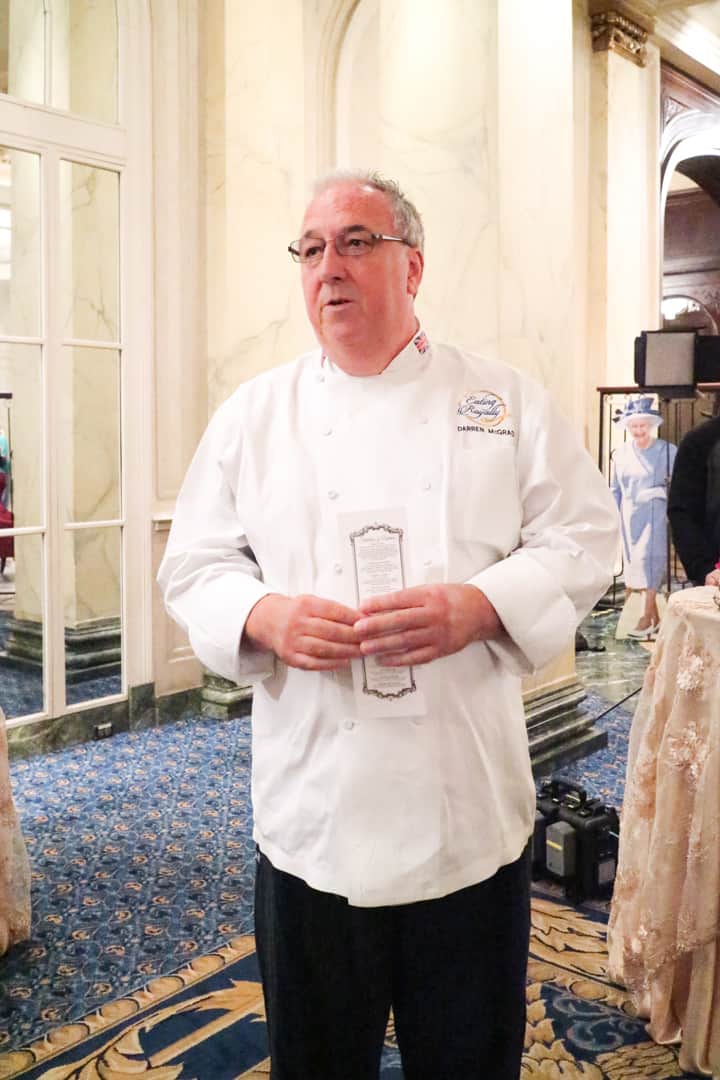 So, what was his role in the royal kitchens?

Chef McGrady started serving the royal family in 1982 and for 11 years, he cooked for the Queen, the Duke of Edinburgh and many visiting dignitaries and royalty at Buckingham Palace. He also spent much of his time traveling with the royal family around the world.

From 1993-1997, he worked as a private chef to Princess Diana at Kensington Palace. His responsibilities included taking care of Princess Diana’s, William and Harry’s daily menus, as well as catering many events.

Now, Chef McGrady is based in Dallas, Texas and concentrates on his own personal chef business, Eating Royally. 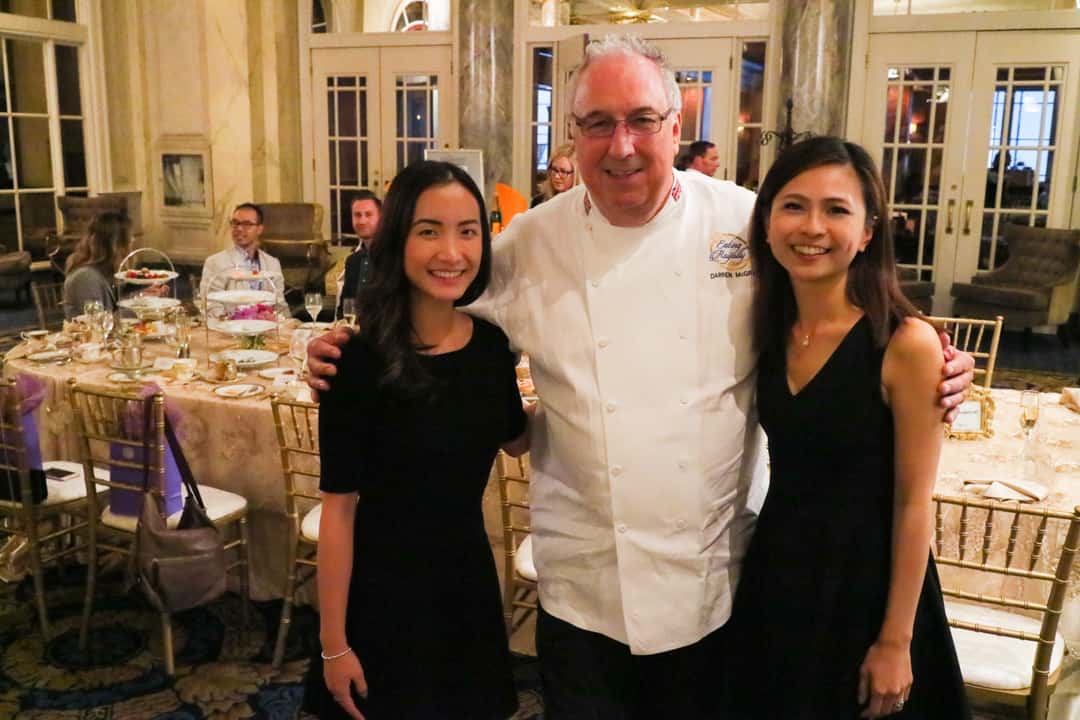 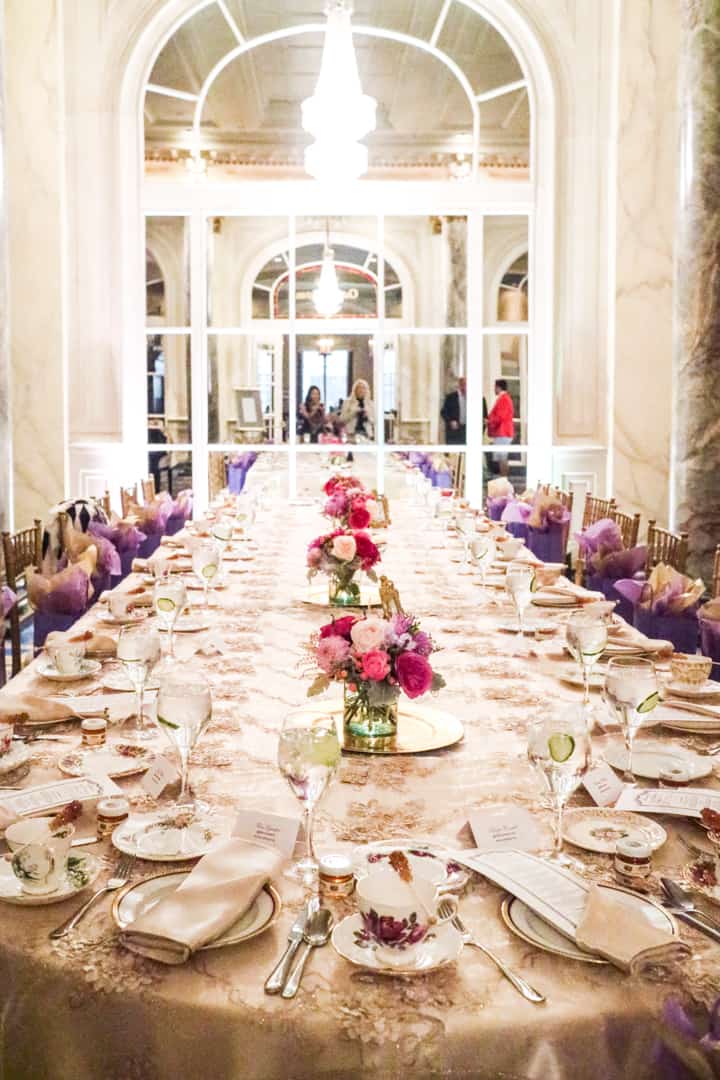 Want to know what are Her Majesty’s favourites? Princess Diana’s favourite sandwich? Or Prince William’s grooms cake? Then you’re at the right place!

Each and every one of the sweet and savoury options from the Royal Champagne Afternoon Tea has a story. Hearing Chef McGrady tell the stories satisfied my curiosity about the royal family. And it really showed how much efforts he has put into designing the menu so that we could all have an exceptional experience.

Now, let me walk you through this special afternoon tea and the fascinating stories behind the treats! 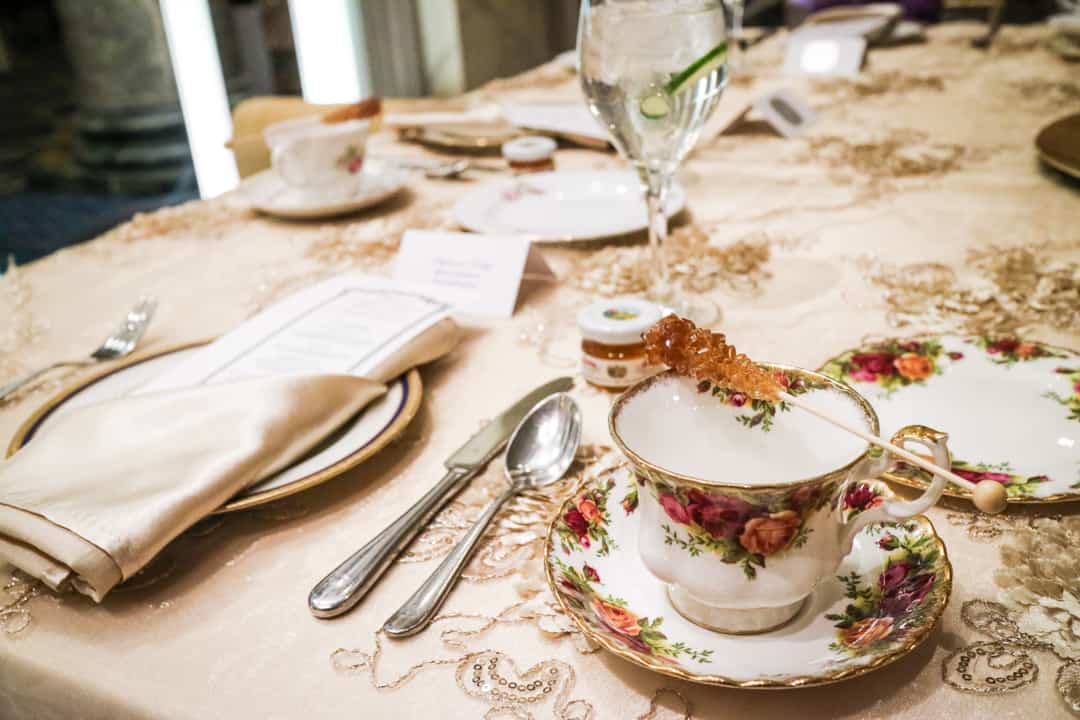 Grab a glass of Veuve Clicquot Ponsardin Brut N/V France and feel regal! This crisp, dry wine amazed me with fruity notes and aromas of brioche and vanilla. It was a great wine to kickstart the meal as the flavour really ravished the palate! 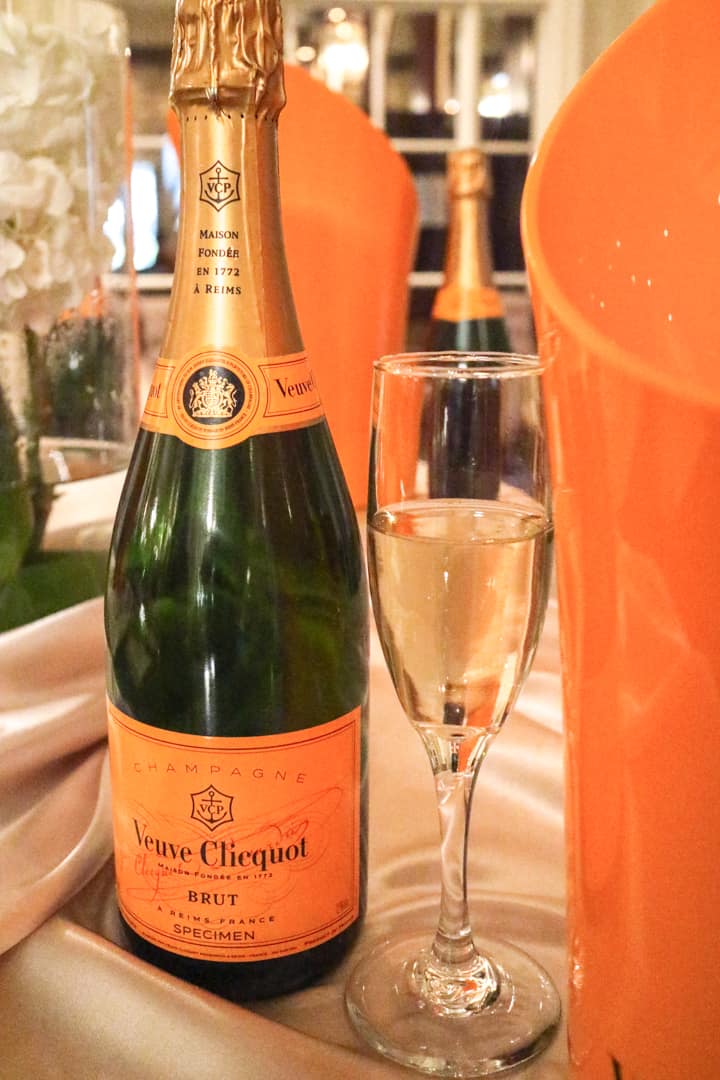 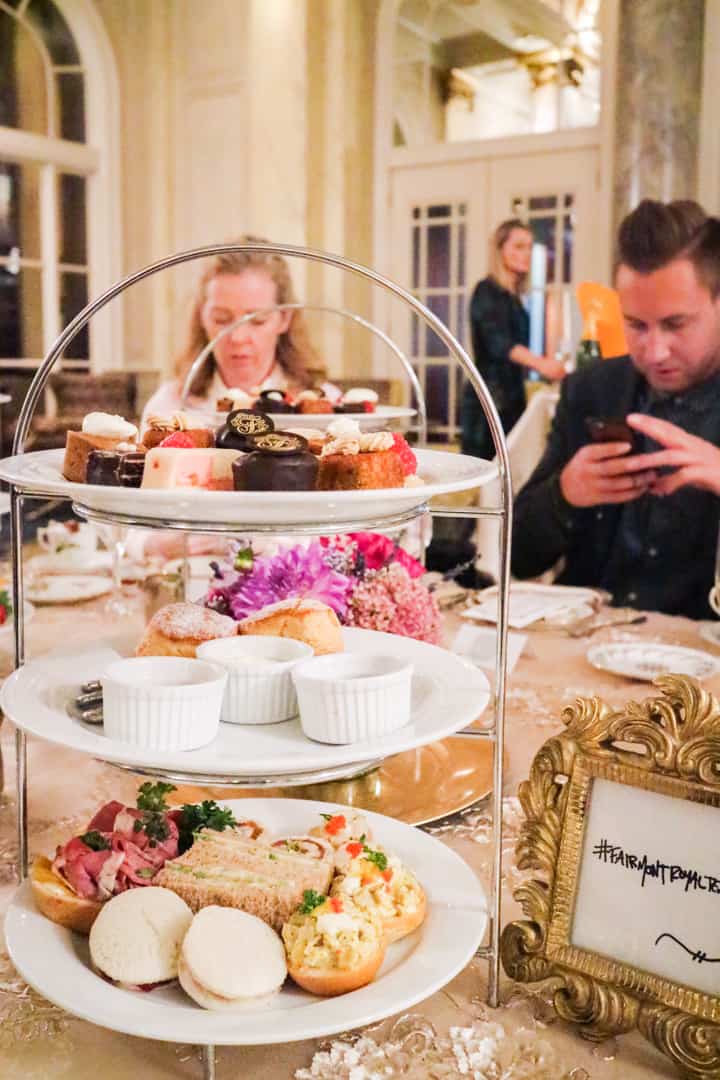 Dainty finger sandwiches, scrumptious scones and delicate sweet treats. The three-tier curate stand was filled with sweet and savoury delights. EVERYTHING looked heavenly, which made it really difficult for me to decide where to start!!

As Chef McGrady pointed out that sandwiches should be eaten first, followed by the sweets, I decided to act proper and follow the etiquette. Alright, time to savour the sandwiches! 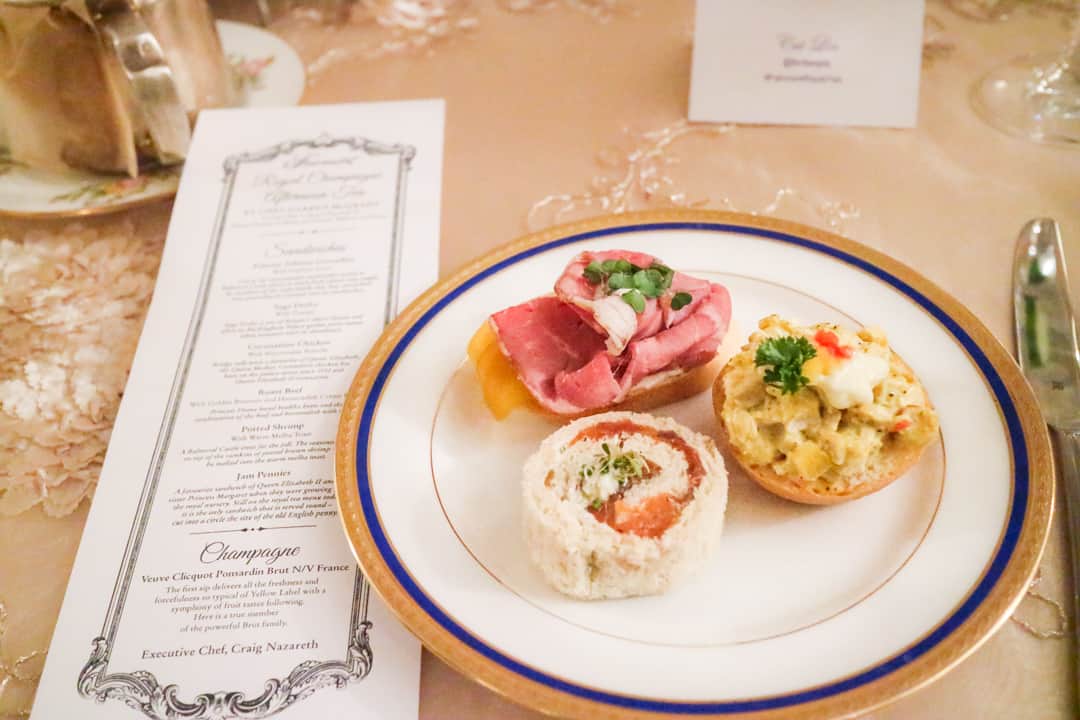 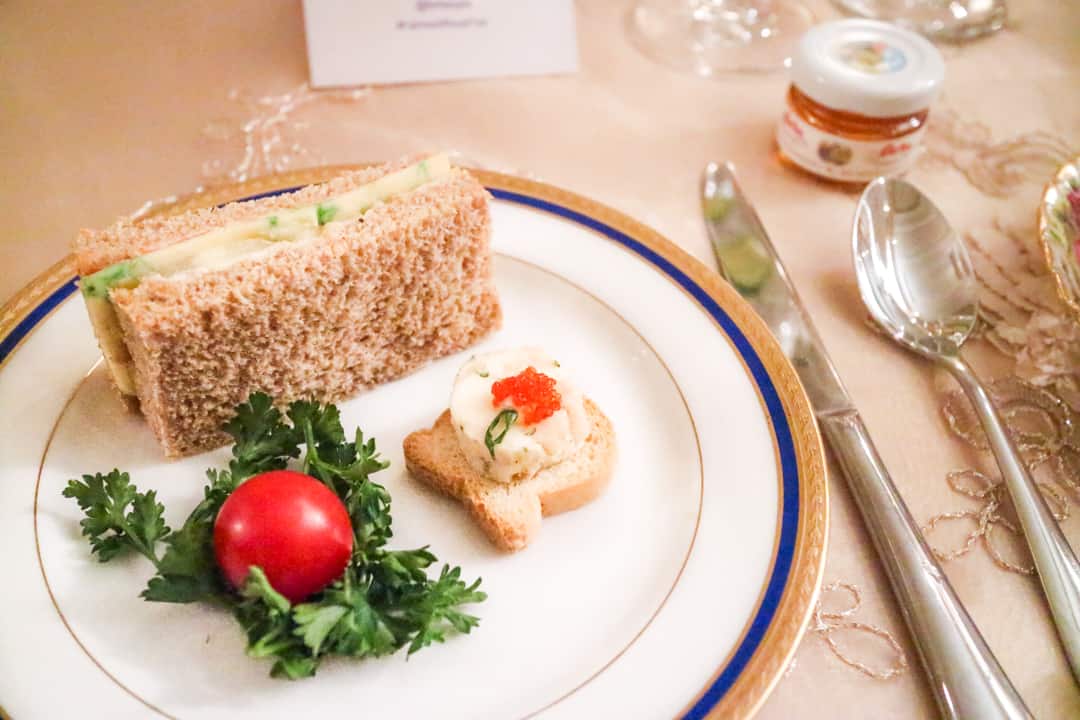 By the time I finished the sandwiches, I was pretty full. Yet, it was too early to give up because the sweets just looked SO tempting and irresistible. 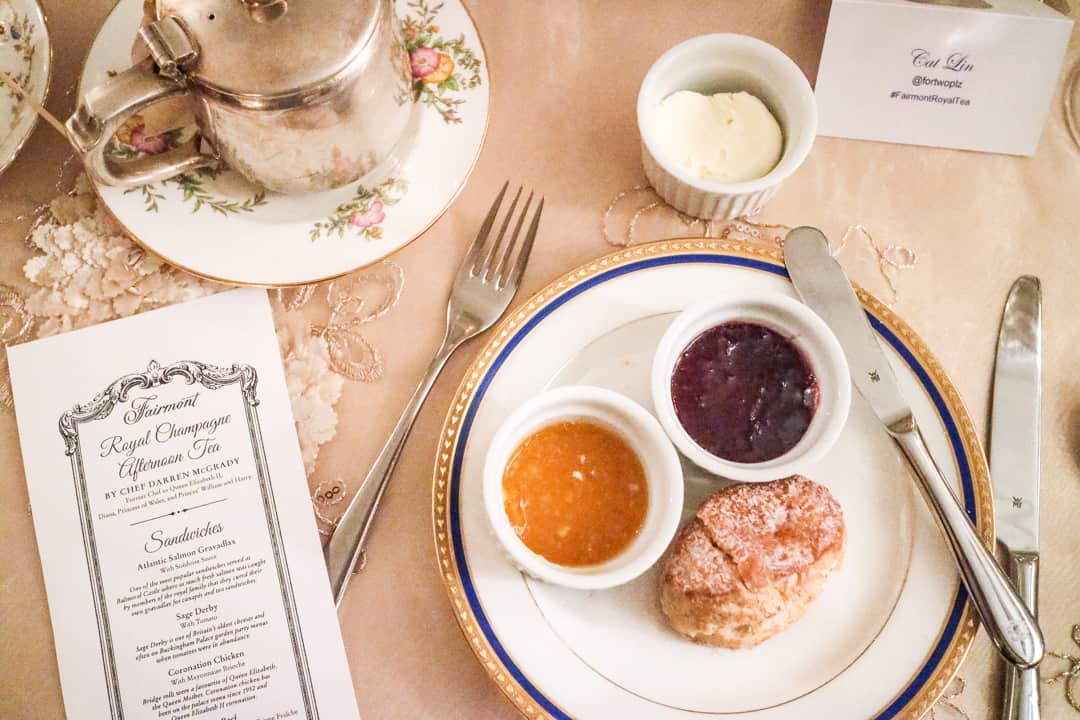 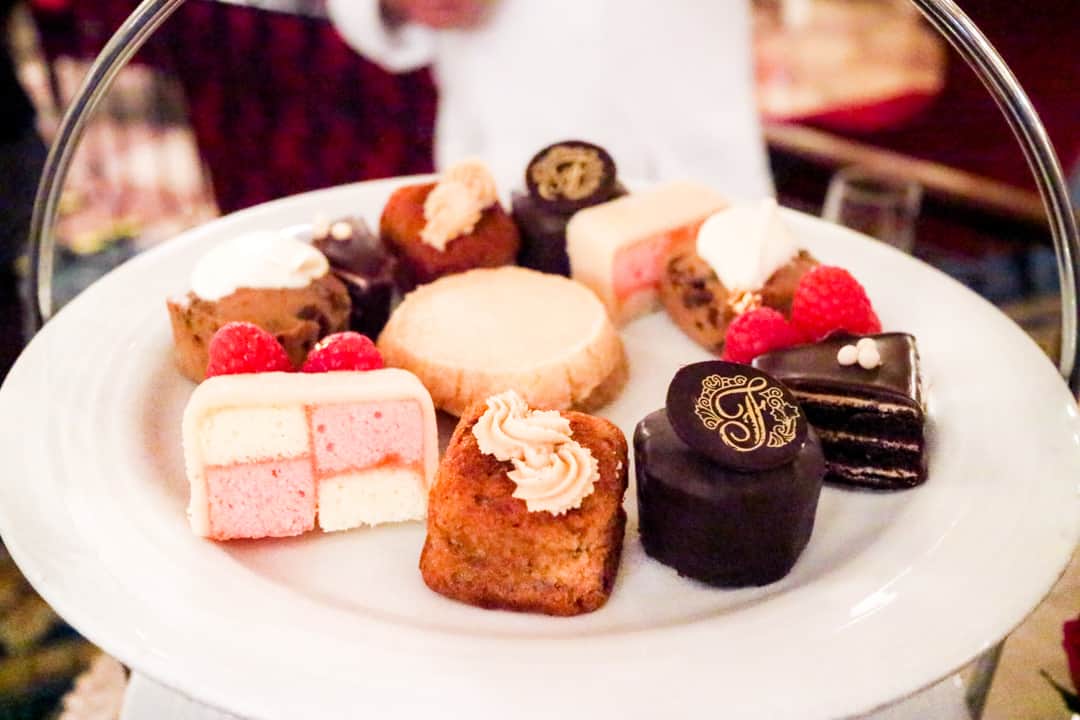 As for tea, 4 different flavours are available to choose from. Each has its own charm and unique character.

My top picks are rose pouchong and lapsang souchong! Both are of top quality and rarely seen around Calgary. 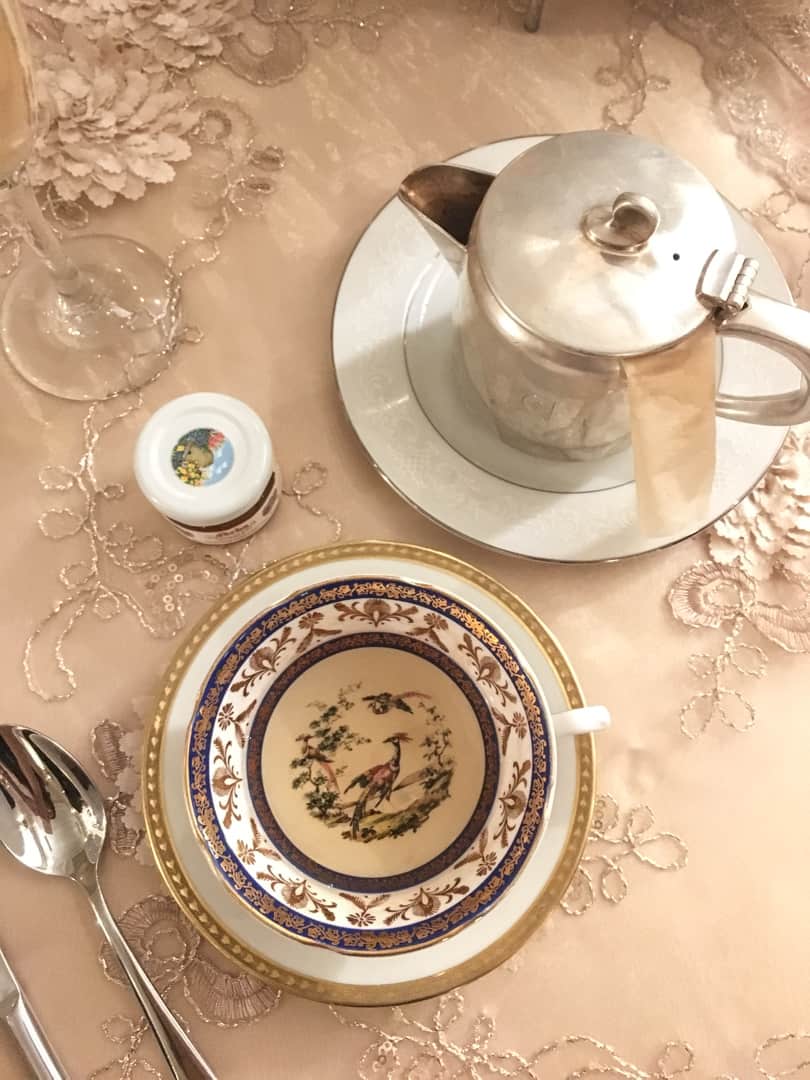 Are you ready to pamper yourself with a Royal Champagne Afternoon Tea? For the months of October and November 2016, you are welcome to enjoy this very special royal tea (approx.$45) at selected Fairmont locations: Fairmont Empress (Victoria), Fairmont Palliser (Calgary), Fairmont Banff Springs, Fairmont Chateau Laurier (Ottawa), and Fairmont Royal York (Toronto).  It is a treat you won’t ever forget!