In case you didn’t know, 2017 is a big year for Canada’s history as it marks 150 years since Confederation! To celebrate this important milestone, big Canada 150 celebrations are happening all across the country. In Alberta, there’s no better way to celebrate Canada’s 150th birthday than taking a moment to appreciate rich natural and cultural heritage the country has to offer.

Earlier this month, Kev and I had the great opportunity to go on an Alberta road trip adventure with Ford, Canada’s longest established automaker! From Calgary to Southern Alberta, we embarked on a 3-day journey to explore the great outdoors and discover historic sites that provide a glimpse into the past. 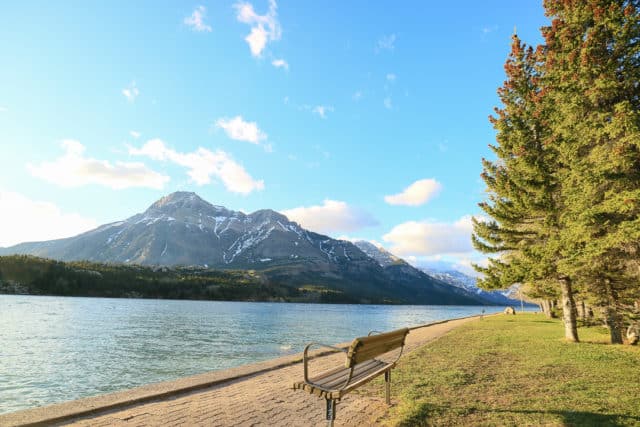 For a great road trip, having a reliable travel companion is essential. Coming with us on our Canada 150 journey is ……(drumroll, please) ……the 2017 Ford Fusion Sport! 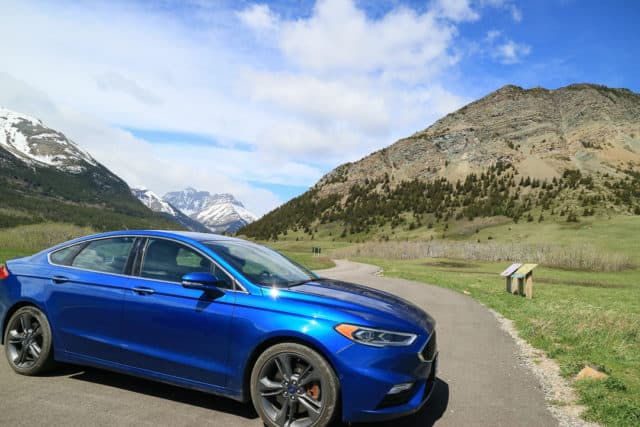 This new powerful Fusion, with a 2.7-litre EcoBoost V6 Engine and continuously controlled damping, was so smooth to drive. The sports mode adjusts steering calibration, transmission shift schedule, throttle response and engine sound, making this all-wheel-drive sports sedan comparable to the BMW we own!

This vehicle also promises to yield a safer ride with all its safety features, including the pre-collision assist with pedestrian detection, blind spot information system, cross-traffic alert, adaptive cruise control and lane-keeping system (which are super important for highway driving!). The hands-free parallel and perpendicular parking capability with its Enhanced Active Park Assist System was also extremely helpful. It involves pressing a button to turn on the mode and controlling the accelerator and the brake, when necessary.

Last but not least, SYNC 3, Ford’s new communications and entertainment system, helped us stay connected to the world. Its enhanced voice recognition and a more intuitive smartphone-like touchscreen are more responsive and user-friendly than ever! With SYNC Connect, we could remotely start the car, schedule future starts, or lock and unlock the car using our smartphone. What we also found useful is the SiriusXM Traffic and Travel Link service. It kept us up to date on traffic condition, weather report, best gas prices, and even movie times! 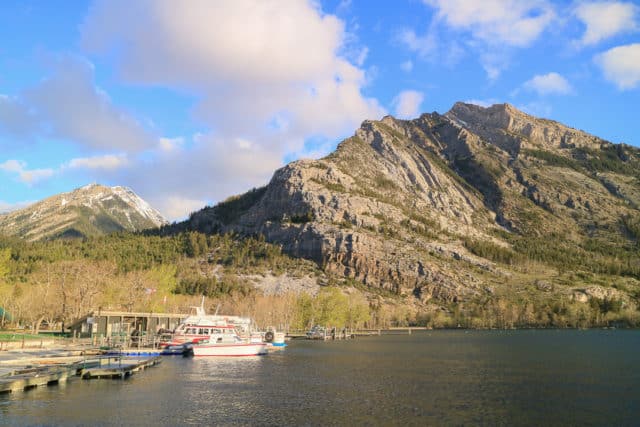 To witness Waterton’s magnificent natural beauty and rich wildlife, we visited some of the top spots, all within close distance to the townsite:

Pro tip: May is still considered winter in Waterton (odd, I know!). When we visited, the wind blew hard and the temperature was in the low 10s. Unless you’re visiting after July 10, which marks the beginning of the summer season in Waterton, be sure to dress warmly! 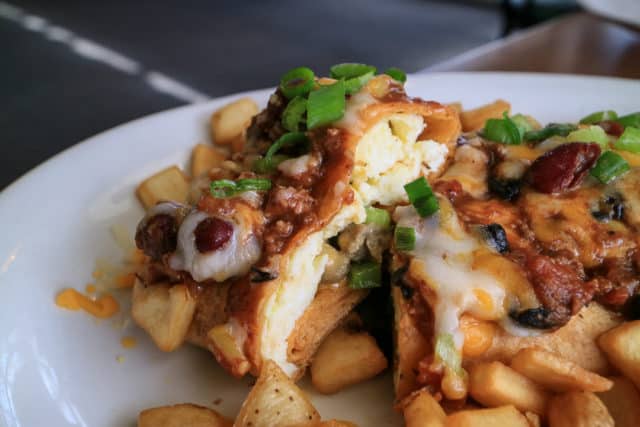 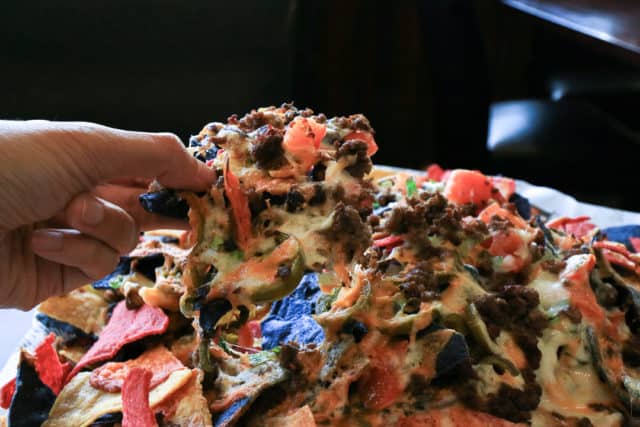 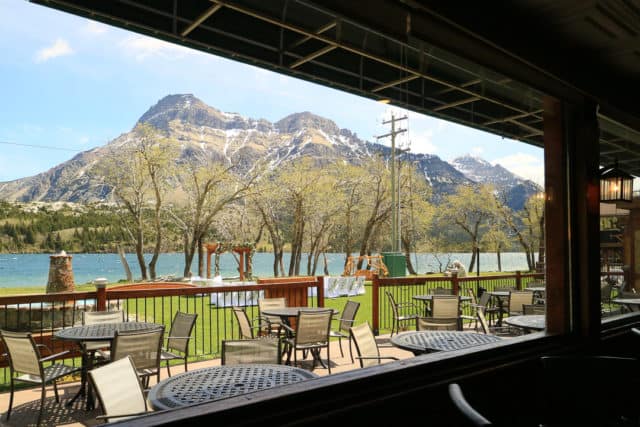 After driving an hour northwest of Waterton Lakes National Park, an unusual landscape came into view – giant grey limestone boulders lied on both sides of Highway 3. This is the second stop of our Canada 150 road trip: Frank Slide. 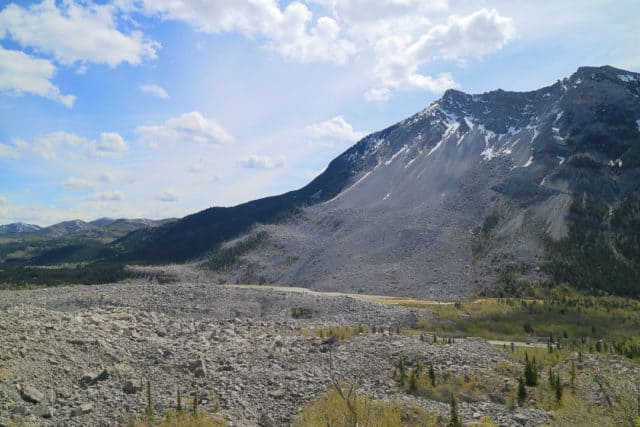 So, what exactly happened?

The story dates back to 1903. Frank was a booming coal mining town with a population of 600 people until 4:10 am on April 29, when more than 82 million tonnes of rock from Turtle Mountain’s summit came crashing down into the valley. Within 90 seconds, the rapid rock avalanche destroyed the southeastern part of the town of Frank and buried 3 square km of the valley under a layer of 30-m deep limestone blocks. Most of Frank’s residents were out of the path of the slide, but at least 92 people lost their life that day, making Frank Slide Canada’s deadliest rockslide.

The possible role of coal mining in causing the rockslide has long been debated. We know one thing for sure – Turtle Mountain has an unstable geological structure. Coal mining and river action at the based of the mountain have probably contributed to its instability. The particularly wet winter and the freezing of water in summit cracks may have triggered it. 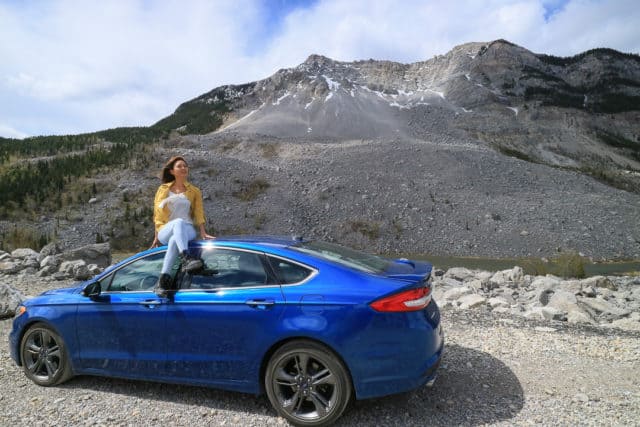 To learn more about Frank Slide, I strongly suggested visiting the following sites: 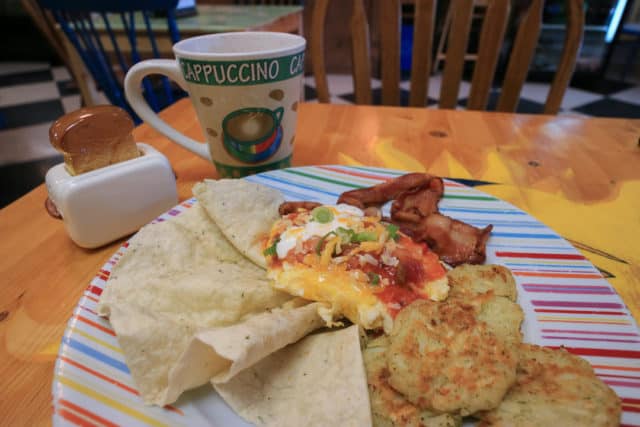 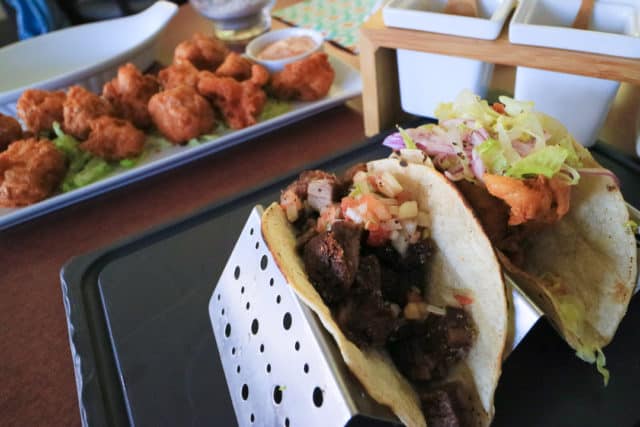 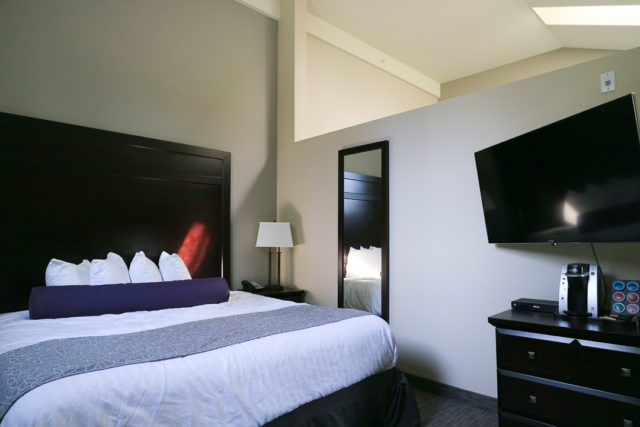 An hour drive towards the East brought us to the last stop of our Canada 150 journey – Head-Smashed-In Buffalo Jump. This archeological site, located at the southern end of Porcupine Hills in southwest Alberta, is an evidence of a hunting method practiced by aboriginal people on the Great Plains for nearly 6000 years!! Head–Smashed–In Buffalo Jump is one of the oldest and best-preserved buffalo jumps. In recognition of this, it was designated a world heritage site by UNESCO in 1981. 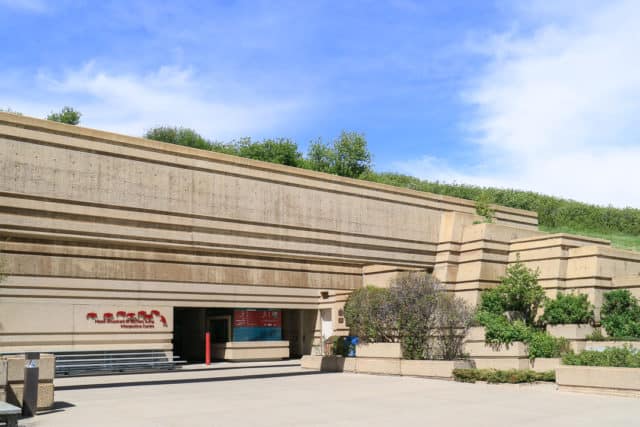 Why is it named “Head-Smashed-In”?

A long time ago, according to legend, the people were driving buffalo over the sandstone cliffs. A young brave wanted to watch the buffalo tumbling past. Standing under the shelter of a ledge, he watched the beasts fall. The hunt was unusually good that day and as the bodies piled up, he became trapped between the animals and the cliffs. When his people came to do the butchering, they found him with his skull crushed by the weight of the buffalo carcasses. Thus, they named this place “Head-Smashed-In.” 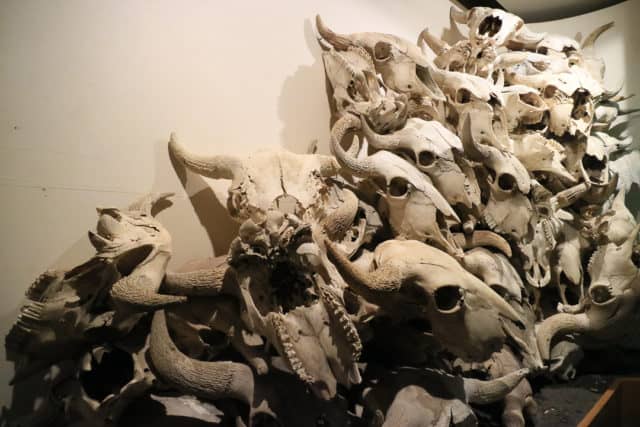 Walking through the Head-Smashed-In Buffalo Jump Interpretive Center, we gained insight into the plains buffalo culture. It was fascinating to learn how much organization and skills such communal bison hunts required to lure buffalo from the gathering basin into the drive lanes, and finally over the cliffs. The Centre features exhibits explaining the topography of Head-Smashed-In, buffalo behaviours, the communal hunting techniques, and the culture and traditions of the Blackfoot tribes.

To see the actual buffalo jump site, we took a walk along the Upper Trail, accessible through the top floor. The trail provided a clear view of the jump from the top of the cliff and a panoramic view of the prairie. We even saw a buffalo herd roaming nearby! 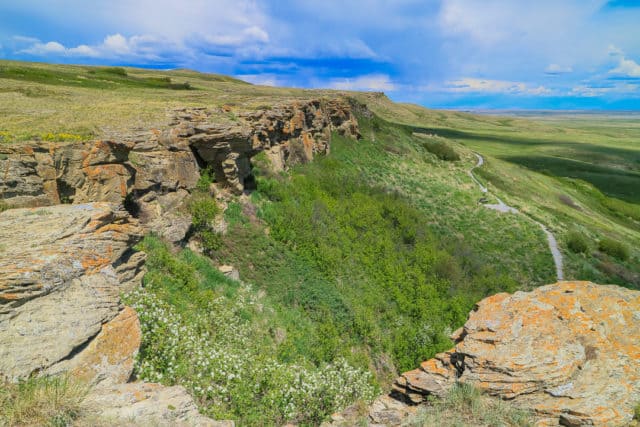 Pro tip: After arriving at the Interpretive Center, I recommend heading over to the main theatre first, to watch a 15-min featuring a detailed re-enactment of a buffalo hunt.

We had so much fun on our 3-day road trip with 2017 Ford Fusion Sport. It was our first time traveling to Southern Alberta and we were totally stunned its natural beauty and rich history. We would like to thank Ford Canada for letting us celebrate Canada 150 in such a meaningful way!

Have you visited Southern Alberta before? Are you planning a road trip in the coming weeks? Check out this packing list to keep track of all the essentials!

Disclaimer: This post is written in partnership with Ford Canada. As always, all opinions on For Two, Please are my own and I only recommend services that I 100% stand behind.

Planning A Canadian Rockies Road Trip: What To Do In Jasper In Fall