Who doesn’t love an island getaway? Who doesn’t love a refreshing escape from the hustle and bustle of the city? Now that Canadian dollar is weak, it means higher costs for us Canadians to travel abroad. More and more people are considering a Canada-cation or staycation as an alternative to a trip to distant exotic destinations. But does Canada’s weak economy mean we must give up on beach vacations? In this post, I will share a destination where you don’t need to stray too faraway from home to still have fun this summer. Pack your swimsuit, towel and sunscreen because we are going to Toronto Islands! 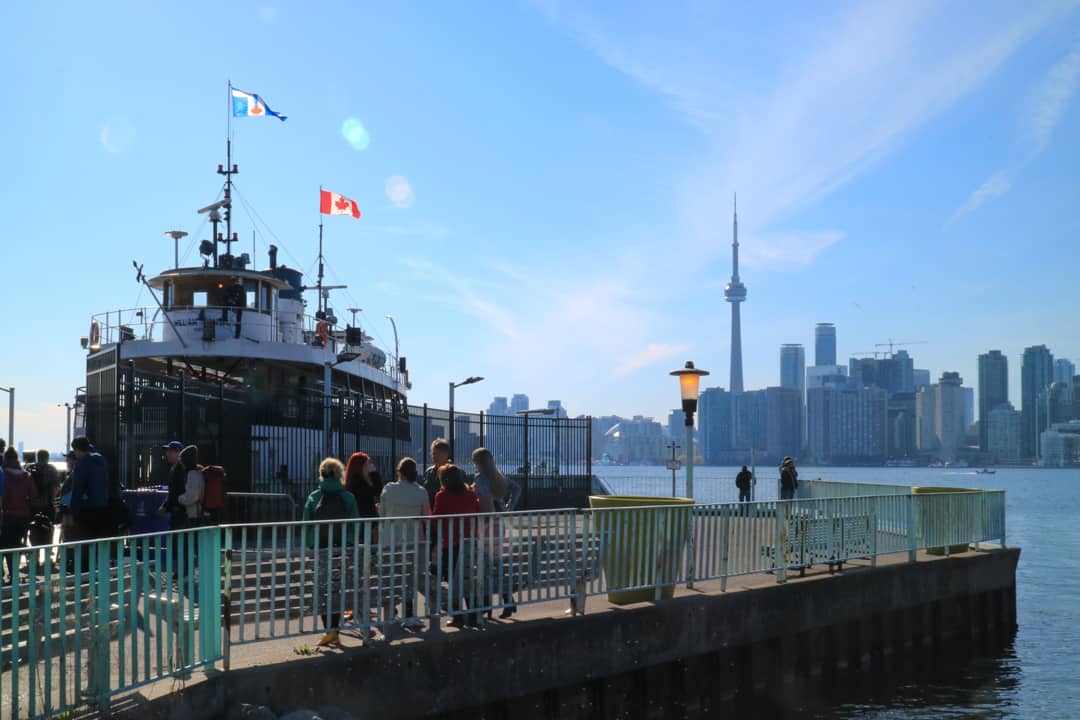 Toronto Islands are easily accessible from Jack Layton Ferry Terminal, located at the foot of Bay Street at Queens Quay. A 10-min ferry ride will transport you to another world where you can to spend the day throwing a frisbee, soaking up the sun, or biking alongside the lake. The islands offer spectacular lakefront views of Lake Ontario and downtown Toronto, making it a popular picturesque destination for locals and tourists alike.

Toronto islands are made up of 3 major islands: Ward’s, Algonquin, and Centre, all connected by pathways and bridges. The island stretches 5 km long, from the furthest east (Ward’s Island) to the furthest west (Hanlan’s Point). Whether you’re visiting by foot or by bike, the Toronto Islands offer plenty of fun attractions for you to explore on a warm summer day!

Read more: How to get around Toronto by subway and streetcars

Home to many Island residents, Ward’s and Algonquin Islands feature quaint cottage homes from the 1920s and charming English-style gardens. A stroll around this peaceful residential area provides a picturesque retreat from the city, with beaches, playgrounds and picnic areas scattered around the islands.

Bridge in between Algonquin Island and Ward’s Island

Residential community on the islands

Ducks spotted at the lakefront

Tired of traditional golf? Why not try playing disc golf! There is a disc golf course on Ward’s Island where you can test your skills. Consisting of 18 holes, the golf course is a championship layout open to all players year round. No reservation is required and admission is free. The only thing you need to bring is your own disc! 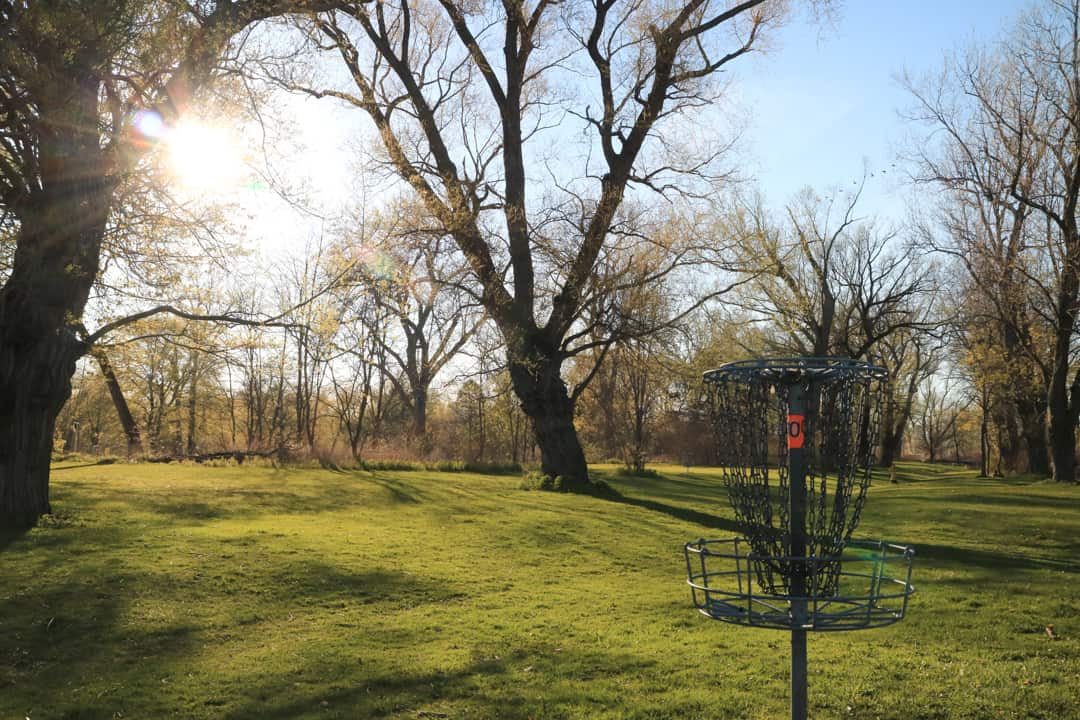 Centre Island is the largest and most popular spot for families with kids. Located between Hanlan’s Point and Ward’s Island, Centre Island features sprawling acres of greenery, bike paths, a beach, a pier, the Far Enough Farm, the William Meany Maze and the Centreville amusement park. You can rent bikes (standard, tandem and quad cycles) by hour and tour through the lush parkland, or rent canoes and kayaks and enjoy the lagoons of Toronto Island. The amusement park is a popular kids’ attraction and has more than 30 rides. There is no admission fee for Centreville, but the rides do cost money. You can purchase a day pass or tickets for the rides.

Swan spotted on the lagoon

Pirate ship near the lagoon

View of Toronto from the pier

Read more: 13 places to visit in Toronto for photographers

First settled by the Hanlan family in 1862, Hanlan’s Point provides a quiet escape. This area features a clothing optional beach, wading pools, picnic areas with fire pits, volleyball courts and softball diamonds. It is also home to the historic Gibralter Point Lighthouse, the oldest landmark in Toronto and the second oldest surviving lighthouse in Canada.

There is a mysterious tale behind the lighthouse. They say the lighthouse may be haunted after people claiming to have heard moaning and footsteps in the building even though there’s no one there. It is suspected that the ghost of Toronto’s first lightkeeper, J.P. Radan Muller, who died mysteriously on January 2, 1815 is searching for the pieces of his body that were hacked off  and buried somewhere in the sand. 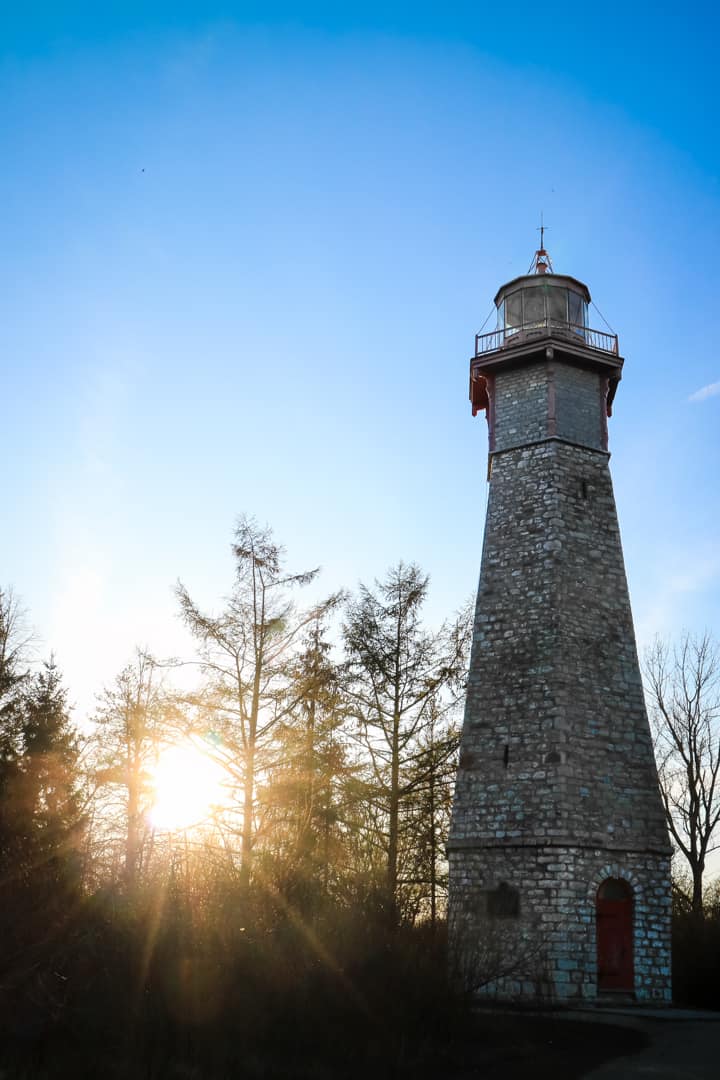 With so many attractions and activities to explore, you can easily spend a full day in Toronto Islands. Make sure you wait for the sunset on the Olympic Island and snap a photo of the stunning Toronto skyline! 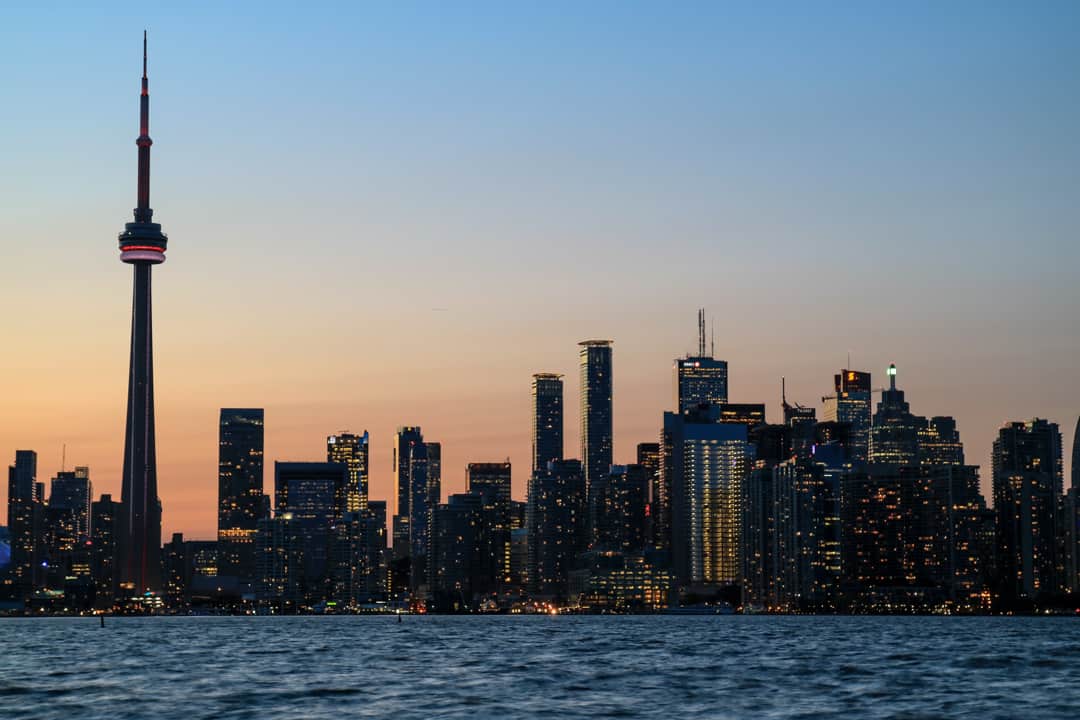 How to Get There

Board the ferries at Jack Layton Ferry Terminal, located at the foot of Bay Street at Queens Quay. The ferries depart every 15~30 mins and stop at Ward’s Island, Centre Island and Hanlan’s Point. Hop abroad any ferries and walk to the island you want to see! 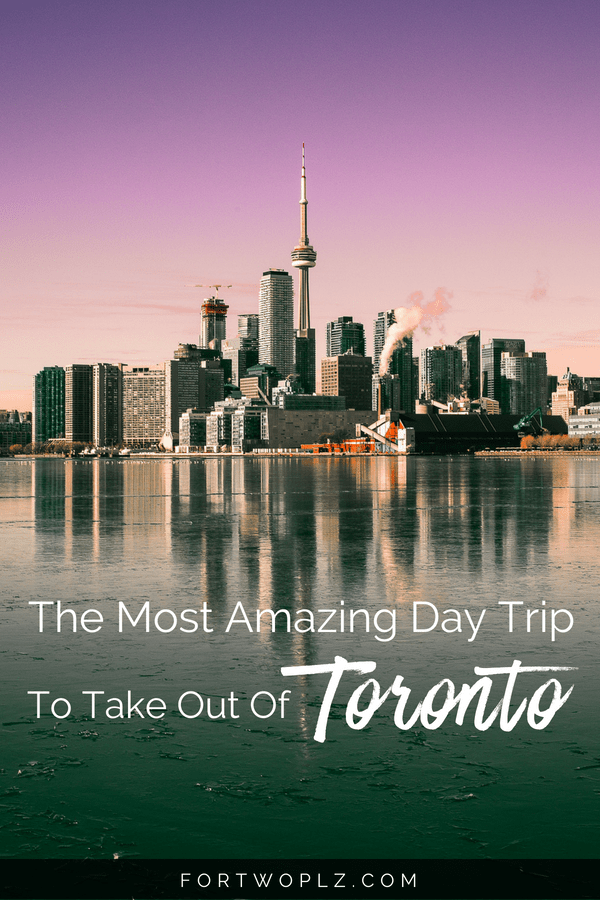 Beakerhead: The Calgary Festival You Must Attend At Least Once In Your Life!

Planning A Canadian Rockies Road Trip: What To Do In Banff In Fall

3 Days In Vancouver: A Delicious Itinerary For Foodies